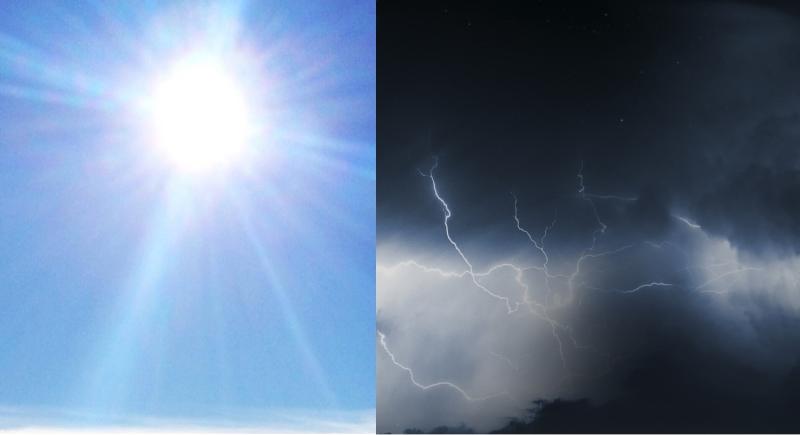 The weather forecast for Ireland for the coming days from Met Eireann is for it to be mainly dry and warm at times with some showery rain at times and a risk of thunder.

The weather forecast for Ireland for Wednesday from Met Eireann states that any lingering mist and fog will clear during the morning to leave a mainly dry day with sunny spells. However a few showers are possible along southern coasts during the late afternoon. Warm and humid with top temperatures of 19 to 25 degrees, warmest in parts of the east and south. Breezes light northerly or variable in direction.

Wednesday night will be generally dry and mild with some mist patches and lowest temperatures of 13 to 15 degrees. Later in the night, some heavy or thundery showers will develop in the southeast.

The weather forecast for Ireland for Thursday from Met Eireann is for the day to begin dry and bright in many areas with some sunny spells. Showers or longer spells of rain will slowly spread from the southeast during the day with the risk of thundery downpours. The north and northwest though should stay mostly dry. Highest temperatures will range 17 to 22 degrees in light to moderate north to northeasterly breezes.

Thursday night will be very mild and humid with spells of showery rain likely in many areas and the risk of thunder. However, it may stay drier over Ulster with just a few showers. Lowest temperatures of 14 to 17 degrees in light northeasterly winds, a little fresher near Atlantic coasts.

The weather forecast for Ireland for Friday from Met Eireann is for the weather to be generally cloudy and showery in southern and midland parts. There is still a potential for some thundery bursts in places, but northern parts of the country may stay drier with sunny spells. Highest temperatures of 19 to 23 degrees.

The current weather forecast for Ireland for the weekend from Met Eireann suggests that the weekend will bring warm sunny spells and some occasional showers too, locally heavy. It will still be rather close with light winds, and daytime temperatures getting into the low 20's inland and the high teens at the coast with afternoon sea breezes developing. Night-time temperatures will be around 13 to 15 degrees.