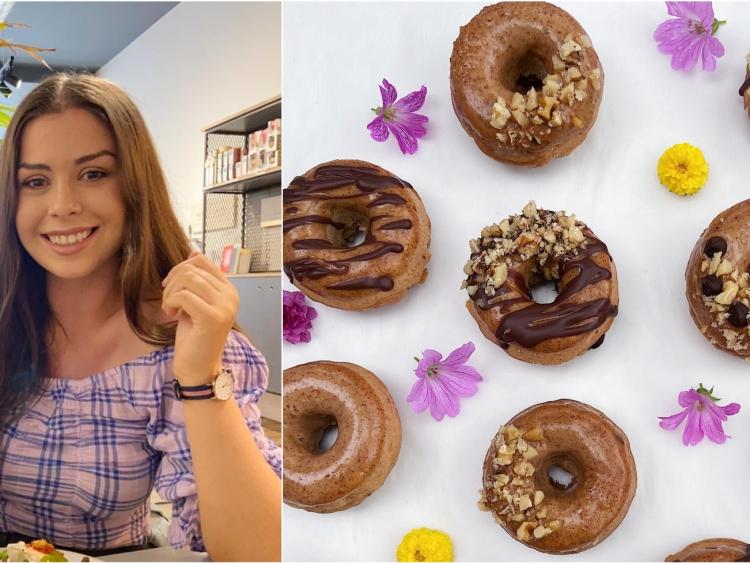 Ciara Kilmartin, a 19-year-old third-level student from Ferbane, is one of Ireland’s best banana bread bakers having been chosen as the winner of the ‘Best Styling’ category award in a recent nationwide competition to find Ireland’s Best Banana Bread Recipes.

The search was conducted by celebrity chef and RTE presenter Donal Skehan with the support of banana distributors, Fyffes.

The youngest of two, Ciara was a keen student of home economics at both Junior and Leaving Certificate levels and is currently studying Public Health Nutrition at Galway-Mayo Institute of Technology, where she has her eyes firmly set on the goal of becoming a dietitian.

An avid baker from a young age, Ciara drew her inspiration from her older sister Mary with whom she enjoyed home baking when growing up. She started her Instagram page @thehumblebalance to ‘share her passion for cooking and baking’ and to reflect her ‘realistic approach to eating’ in line with the subject she is studying.

A life-long banana bread fan, Ciara says it has ‘always been one of my favourite creations to bake, long before the craze began during lockdown’.

Commenting on the inspiration for her recipe, Ciara says: “I love getting creative with food and coming up with new ideas. I had decided to bake banana bread doughnuts weeks ago and even bought the baking tray. My aunt then heard about the Fyffes Great Banana Bread Bake off, so I got baking and decided to enter the competition.”

Reflecting on what he called “the volume and quality” of entries received, Donal Skehan said: “Ireland has some exceedingly creative and talented home bakers. It was refreshing to see such imaginative ideas, ingredients and methods being shared, particularly amongst junior and dietary-restricted entrants.”