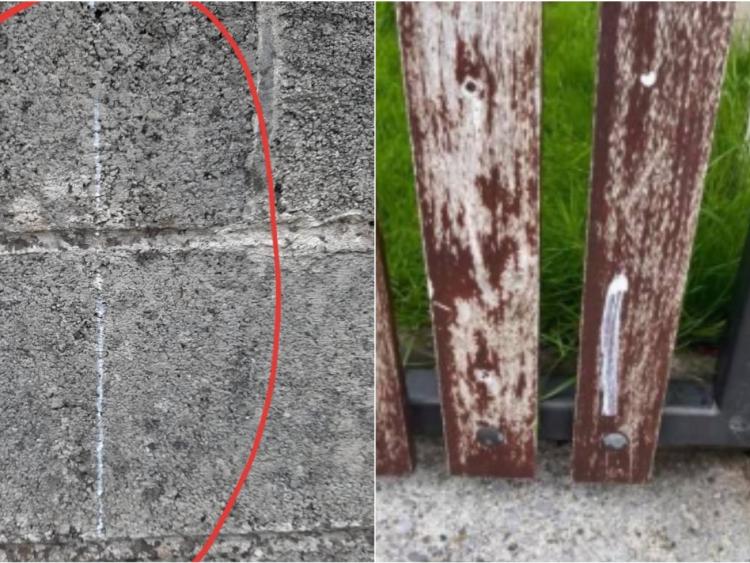 Houses getting 'marked' in Offaly as part of dog theft operation

Fears are growing in a number of Offaly communities that houses are being marked as part of a dog theft operation in the county.

One resident from the Ferbane area posted an image of the wall of his house marked by a long line, something he believes to be connected to potential dog thefts. Some other residents in the area had their gates marked in a similar fashion.

Meanwhile in Mucklagh, one family believes their house was targeted in this way before their beloved pets were stolen. They are appealing to anyone who may have seen the springer spaniel and Jack Russell cross to contact them.

The gate of the family's house was branded with a white line prior to the theft. Gardaí last week reiterated warnings to dog owners to be extra vigilant after a rise in dog thefts, particularly of expensive breeds.

The tactics used by thieves are similar with an apparent marking system widespread. There have been reports in Galway of cable ties being placed on gates to pinpoint houses with expensive dog breeds. Drones have also been used to survey gardens in more hi-tech thefts.

Report any suspicious behaviour around your home or pets to your local garda station.