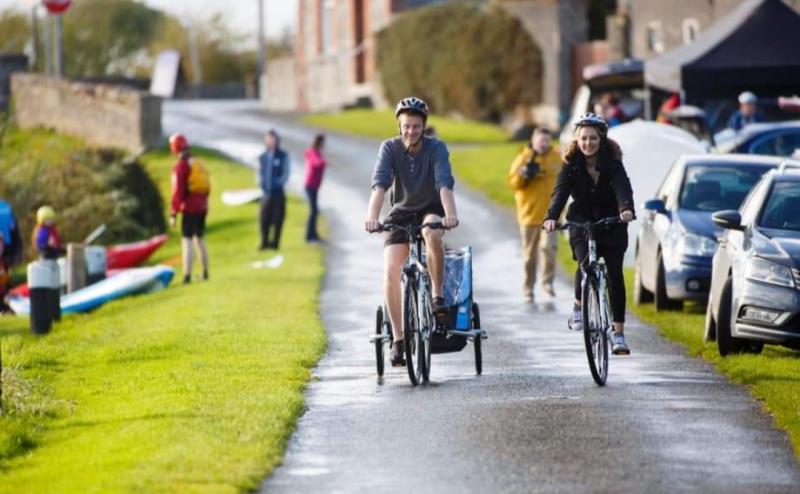 €155,000 has been granted for further works on the Offaly greenway projects. The funding was announced on Wednesday by Minister Eamon Ryan, T.D. Minister for Climate Change, Communications Networks and Transport.

Also receiving funding of €95,000 is the much-anticipated Shannon Monastic Greenway. This will consist of Feasibility, Consultation, Route Selection, Design and Environmental Screenings for a 28 km section from Shannonbridge in Offaly to Athlone in Westmeath.

The funding will be allocated to Offaly County Council for commencement.

The announcement formed part of funding totalling €4.5m for 26 Greenway projects around the country. The funding was allocated under the Carbon Tax Fund 2020 and provides support for feasibility, planning and design for Greenways around the country.

Minister Ryan added: “I’m particularly pleased that a number of Greenway proposals in the areas supported by the Just Transition Fund have been funded today – these projects in Longford, Roscommon and Offaly will benefit from this funding and follows the recommendation in Kieran Mulvey’s report for greater co-operation between local authorities in the area.

"The inclusion of funding for the Sligo, Leitrim and Northern Counties Greenway is particularly important in terms of continued work on a cross-border basis and shows our commitment to “New Decade, New Approach” as set out in the Programme for Government.”

Minister Catherine Martin TD, Minister for Media, Tourism, Art, Culture and the Gaeltacht, also welcomed the announcement: “Greenways can play an important role in supporting local communities to create jobs and bring visitors to areas of the country that might not otherwise experience tourism. As we have seen over the course of the lockdown, people are eager to get out into nature and avail of the stunning scenery in our country.”