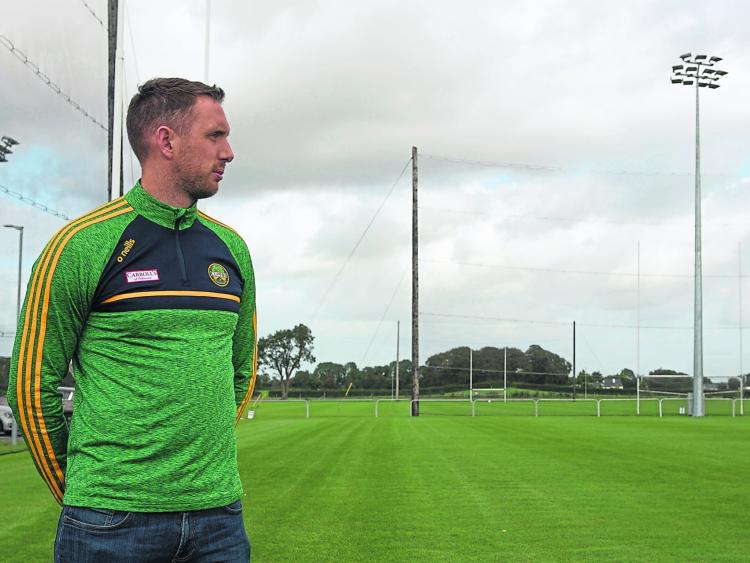 As one of his last assignments in the Tribune, Brian Lowry met with Offaly senior hurling manager Michael Fennelly to get his thoughts ahead of the Offaly club championships and indeed the Christy Ring competition that will start in October.

“There’s no pressure on players to be putting in man of the match performances every game but there is an expectation of hard work and holding yourself account for the standards we have set as a panel.”

You mentioned setting standards earlier, can you elaborate further?
“Our panel of players are seeking to carve out their own identity and an important aspect of that is culture. Culture can mean a number of things from values, standards and behaviours to name a few. “Values and standards will dictate your behaviour and therefore impact on culture and identity. We have a set standards and values for this year.

“Whatever about living these standards at training sessions with Offaly, the real player will behave the same way at home. That’s an important piece of what you want from the manager's perspective. Some of our standards consist of attitude, trust, no ego, time keeping and no excuses to mention a few.

“The Covid-19 pandemic will give a good picture of what way players behave when left to their own devices. It has been an eye opener and will be more interesting over the coming weeks.

Trust sounds a big part of that, Is that what you look for in a player?
“Yes, 100%. I can’t and won’t be looking over players shoulders 24/7. There’s no point in wasting time, energy and resources on a player who won't do the basics.  We are also looking for players who wants to improve and develop in every aspect of the game.

“Someone who won't take ‘No’ for an answer and who won’t make excuses. It's something people seem to be good at, making excuses for personal failures. Take personal responsibility for your actions and don’t be blinded by your supposed ego is my advice.”

You held a webinar for the club managers and coaches in Offaly, how did that go?
“We had a webinar organised by Performance Coach Dave Hare who had both our senior hurling and football strength and conditioning coaches delivering a presentation on ‘return to play’ due to Covid-19. We had an excellent turn out and we hope to have additional workshops at the start of next year on areas such as coaching, injury prevention, nutrition and conditioning if there’s appetite from the clubs.

“I feel it is important to support the clubs in Offaly through our resources by delivering knowledge and experience. I’m not saying we know everything, far from it, and I have no doubt we would learn a lot from listening to the club management teams.

“It's more about offering support and being there to assist if its only in a small way. I think the start of next year would be a good time to hold some of these workshops if there was interest amongst clubs. At the end of the day, it’s all about the players and it’s our job to provide the best environment for them to thrive in.”

What advice would you give club teams training for championship that starts at the end of the month?
"If you haven’t seen the ‘return to play’ webinar, I would recommend watching it (available on Offaly GAA website). The conditioning coaches talk about not over doing it in the first few weeks.

“It’s a gradual process where you are improving the players' conditioning capacity week by week. You should error on the side of caution for the first few weeks because if you over do it with even one or two sessions, you may find players with muscle tightness and possible niggles.

“A key point also raised was 'one shoe size doesn’t fit all'. This logic may be the difference of having all your players for championship or missing a few. Some players continuously break down which can be due to how they are mechanically formed at times.

“They will not be able to do the same conditioning/running as another player who has been rarely injured and takes the sessions in their stride. You need to know your players and what they are capable of.

“Feedback is key here and should be asked individually after every session. Get the players to rate the session out of 10. Another tip is if you’re playing a challenge match on a Sunday then the training on a Tuesday needs to be tailored accordingly with potentially making it a shorter session to aid recovery.

“Training on a Wednesday instead of Tuesday could be advantageous during this week which may allow you to train harder on the Wednesday. It's very difficult to get the balance right but plan your high/medium/low sessions and make sure players are getting good recovery between sessions and could need three days recovery during certain heavy parts. Welcome recovery to aid fitness.”

Finally, the panel put in a massive effort during the pandemic to raise money for local charities. You must have been delighted with that?
“We had a very successful fundraising weekend at the beginning of June for two local Offaly charities (Down Syndrome Offaly and Jigsaw Offaly) by the senior hurlers. We felt it was important to do something together during difficult times of Covid -19.

“The whole fundraiser evolved from the initial idea of a solo run. The lip sync idea was thrown into the ring and then evolved further into a variety show and we were happy to hear the U20 hurlers and senior camogie girls wanted to put in an act.

“We ended up running two fundraisers over that weekend where every player took part. The players were set up into different groups initially from organising spot prizes, solo run details, variety show production and seeking sponsorship. It took a fair bit of hard work, volunteering and trust to get it all up and running and for it all to run smoothly that weekend without any hitches.

“We were met with different challenges during the three weeks of organisation, but the players and local people kept finding solutions which made it the success that it was. The management team had very little to do with it all, it was 99% from the players which was the most important aspect of it all.

“If we raised €100, I would have personally been happy. A large part was to do something together as a team, create awareness of both charities and bring collaboration of the people of Offaly.

“€60,000 is a huge amount of money to raise, not only during difficult times but also in a short space of time. The players are hugely thankful for all the support they received, and it really lifted their spirits off the field.

“The players are all back with their clubs since the GAA announced the club schedule and hopefully we will enjoy a very competitive club championship. We will present the two cheques to the  two charities at one of the senior hurling games in the coming weeks.”

PROPERTY IN FOCUS: Take a tour of this Offaly house with stunning sun room now on the market