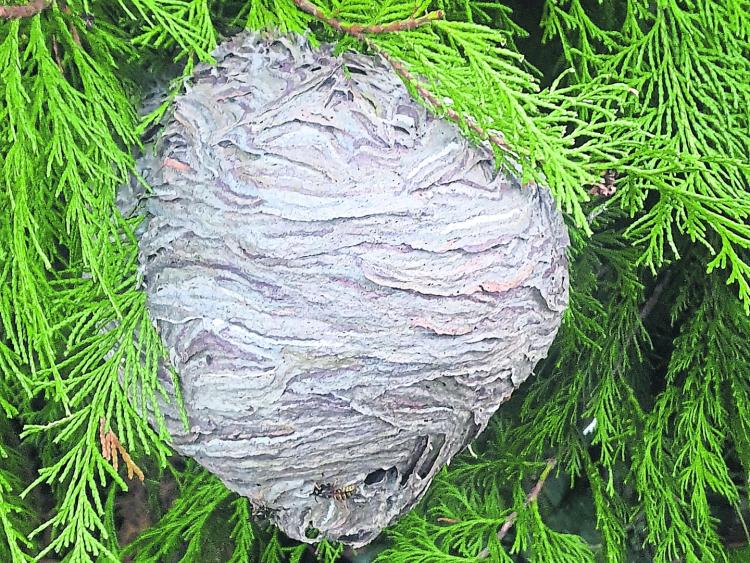 WHEN a wasp's nest suddenly appears near your house then you tread carefully.

Across the road from where Gavin Dunne lives in Mucklagh, a swarm of wasps have built a nest and have moved in.

This is causing concern to Gavin who fears for people especially children walking along the road who may disturb the nest.

Wasps can swarm to protect the nest if it is disturbed and to fend off perceived attackers.

A spokesperson for Offaly County Council said normally if a wasp's nest is in a green area the advice is to leave it alone as wasps are part of the ecosystem.

But if it's in for example a playground or in an attic then the council usually advise people to contact Rentakil or a similar agency.

The spokesperson gave an example of a couple who on returning from holidays were greeted by a wasp's nest over the doorway. That's when you call in the professionals.

Meanwhile the council spokesperson said they would contact Gavin to advise him on what to do.