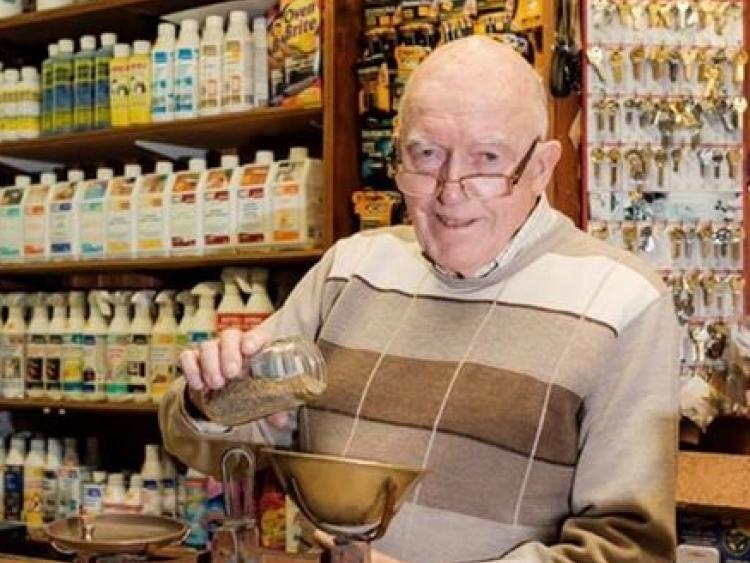 Tullamore is mourning the death of a legendary Tullamore businessman who was in business in the town for an incredible 72 years.

Paddy Cloonan set up his shop in William Street in Tullamore in the late 1940s and it has been an institution in the town ever since serving the community in the town for generations. It is now run by his son Brian.

Cloonans Hardware announced Paddy's passing in a Facebook post late on Tuesday night. The post stated, "We mourn our loss but we celebrate his life of 92 great years."

The shop will remain closed until Friday as a mark of repsect.

Tributes have been flowing in overnight and this morning with close to 400 people already having shared messages of condolence on Cloonan's Facebook post.

Offaly History posted, "We are sorry to hear of Paddy Cloonan’s death and our sympathy to his family. He was a part of the fabric of Tullamore. He was 72 years in business which must be a record and was an institution in the town as was his father Stephen and as is his son Brian. A life well lived and now called home."

Due to Government restrictions, and in the interest of public safety, a family funeral will take place for Paddy on Thursday morning at 11am in the Church of the Assumption, Tullamore, followed by burial in Clonminch Cemetery.

However the people of the town can still pay a fitting tribute to Paddy as people are welcome to stand along the route from the Church to the Cemetery, via Cloonan's Hardware, adhering to social distancing guidelines.

Alternatively, you can view the Requiem Mass on www.tullamoreparish.ie.