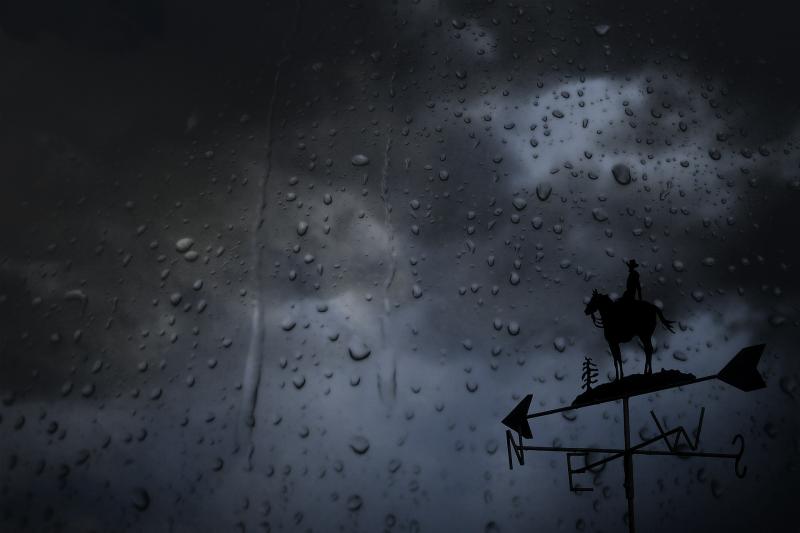 The weather forecast for Ireland for the coming weekend is for it to be mainly wet and windy with a Status Yellow Weather Warning in place for parts of the country for Saturday night into Sunday morning.

The weather forecast for Ireland for Saturday is for it to be mostly cloudy and rather misty with scattered outbreaks of rain and drizzle. A few sunny spells will develop during the day but with occasional rain and drizzle.

By evening, south to southwest winds will begin to freshen and a spell of persistent rain will develop in the west and north. It will turn very windy early on Saturday night as a deepening depression approaches from the Atlantic (wind warnings have been issued for parts of the west and northwest). Maximum temperatures of 16 to 20 degrees.

A Status Yellow Weather Warning is in place for Connacht, Donegal and Clare from 10pm on Saturday until 8am on Sunday.

Met Eireann is warning of a risk of some disruption with south to southwest winds, veering westerly reaching mean speeds of 50-65km/h with gusts of 90-110km/h expected.

Thje forecast for Saturday night states that south to southwest winds will increase strong and gusty with gales developing on coasts. Becoming very windy later in the night as winds veer westerly with some severe gusts possible in the west and north. Outbreaks of rain will push eastwards, with some heavy falls in Atlantic coastal counties. Minimum temperatures of 9 to 12 degrees.

The weather forecast for Ireland for Sunday from Met Eireann is for a very windy start to the day. It will be a much brighter day than of late with sunny spells and scattered blustery showers, these most frequent in the northwest of the country. Highest temperatures ranging 14 to 18 degrees in strong and gusty westerly winds. Clear spells and isolated showers overnight with lows of 8 to 11 degrees.