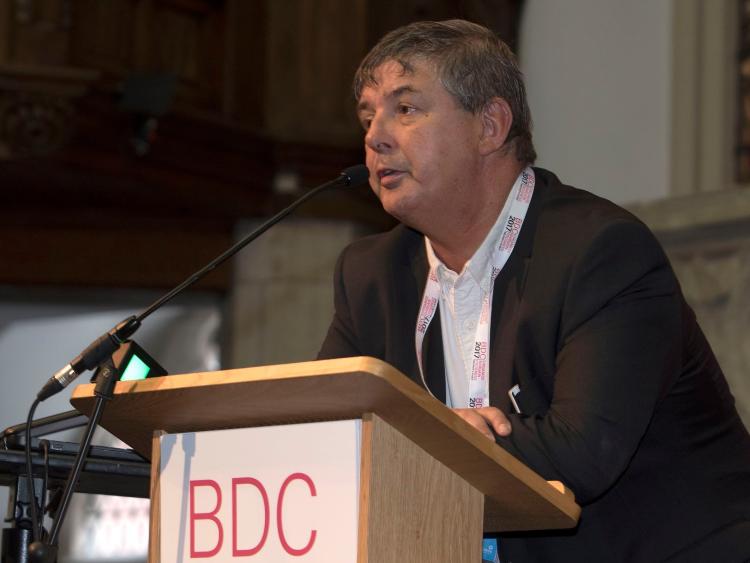 The Unite trade union has paid tribute to one of its officers, Colm Quinlan. The Edenderry man died on Sunday after an illness.

In a statement, the union said: "Unite is deeply saddened to announce the death of Regional Officer Colm Quinlan. Colm passed away yesterday [Sunday] following a courageous battle with cancer. Despite his illness, Colm worked to defend members with passion and skill until the very end.

"Colm represented Unite members in a range of sectors, from finance to Bord na Mona, and he will be deeply missed by members and colleagues in Unite and the wider trade union movement. Colm was also a member of the ICTU Private Sector Committee.

"A committed lifelong trade unionist, Colm once wrote that 'there is always something uplifting and inspiring in joining a picket line', and officers and workers in all unions could always rely on his support in their struggles.

"Colm started his career with the Central Bank and then worked for Amicus before it merged with the ATGWU to form Unite.
Whether he was following his beloved Dubs, fishing or dissecting the latest political developments, Colm did everything with gusto, humour and respect for others. He was hugely proud of his family and our deepest condolences go to his wife Maria and children Ines and Daniel.

"In typical good humour Colm had an inclination to say ‘alright Brother’ or ‘alright Sister’ at the end of his calls, but today things are very far from alright.

"Rest in Peace Colm, you will be deeply and sadly missed by your friends and colleagues in Unite."