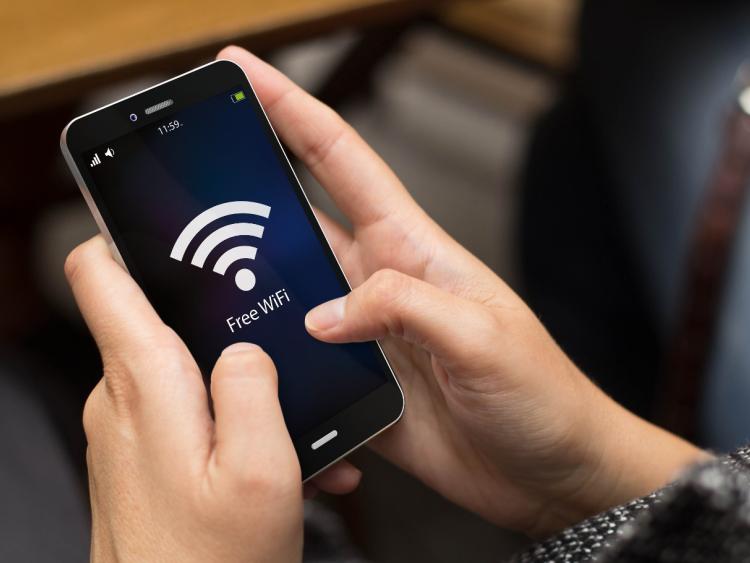 Sixty locations in county Offaly will have free public wi-fi by the end of 2020 and will see €300,000 invested in its provision as part of an ambitious five year plan.

Speaking at the June meeting of Offaly County Council, Ray Bell, Head of Information Systems, outlined the details of the plans, which will include locations such as Birr, Edenderry, Tullamore Portarlington, Clara, Kinnitty, Banagher and Shannonbrige, along with details of Offaly's Digital Strategy.

The council is looking to put public wi-fi in community halls and locations around the county and they currently have three state of the art remote working hubs in the county, Tullamore (The Junction), Birr (Stream Birr) and Edenderry (e-Hive); each of which provide access to broadband and a range of remote office services with business support provided to companies via the Offaly Local Enterprise Office (LEO). Elected members will also have an opportunity as part of these plans for free public wi-fi to pick other areas in the county, according to the council official.

“We are also going to put Free public wi-fi into our main towns and this will have benefits for tourism and businesses. When people connect to the service we can provide them with up-to-date information such as local events, tourist attractions and promotional offers from businesses.”

The councillors also heard about Offaly Tourism wi-fi and the county's broadband connection points (BCPs), which are public locations, which have been selected to receive high speed connectivity in the first year of the National Broadband plan. Ten locations have been chosen in Offaly including Ballycommon Telework and Training Centre and community halls in Kilclonfert, Croghan, Coolderry, Clarren, Shannon Harbour and Rosfaraghan Business Park, Ferbane and national schools. This will be completed by 2020, according to Mr Bell.

The Wifi4EU initiative promotes free access to wi-fi connectivity for citizens in public spaces including parks, squares, community halls, public buildings and libraries in municipalities throughout europe and again, it is planned this project will be completed by 2020 to include 38 identified locations in Offaly with priority to be given to larger towns and community centres.

Mr Bell said the broadband infrastructure included that all offaly libraries provide free public wi-fi, 69 national schools, in conjunction with the Department of Education and Skills, would be prioritised along with business parks, remote working, co working and business workspaces and continuing to engage with Telco operators, community and business groups to identify mobile blackspots/improve coverage.

The councillors also heard plans to create a Cathaoirleach Community Digital Prize as part of the Offaly community awards, to organise and host an inaugural Offaly Digital Summit across Offaly's four Digital Pillars with some focus on diaspora input.

Plans are to also continue enhancing the Council website and online service delivery including new structure, to establish a Digital Strategy committee from representational groups to meet quarterly and identify digital projects in Offaly and to evaluate all ongoing and new strategies and plans in Offaly County Council so digital is included.

A large number of councillors welcomed the initiative and congratulated all involved in its development. Cllr Frank Moran asked that the interpretative centre at Clara Bog be included as a priority area while Cllr Sean O' Brien remarked on the importance of these plans in the context of people working from home.

Cllr John Leahy noted the use of the community centres and the importance of ensuring that local churches were part of these plans in a “coordinated approach” along with the need to identify where rural businesses were based to ensure “connectivity” for them.

Cllr Liam Quinn complemented Ray Bell on his “ambitious” plans for the national schools. “This is a very significant achievement and needs to be complimented,” he continued. Cllr John Clendennen stressed the importance of having coverage in the Slieve Bloom areas as plans move forward for bike trails. He also pointed out again that the Council needed to write to the utility companies to ensure they were using underground ducting where it was being provided in villages and towns. “We should write to these services and make it a mandatory requirement that in a town where enhancement works are used,” he added.

Cllr Tony McCormack remarked that the wi-fi provision would benefit tourism, business, education and also everyday connectivity and asked whether O'Connor Park, Tullamore and the Harriers were included as locations. Concluding, Cllr John Carroll asked whether the local authority meetings could be “streamed to the public” as part of these digital plans.