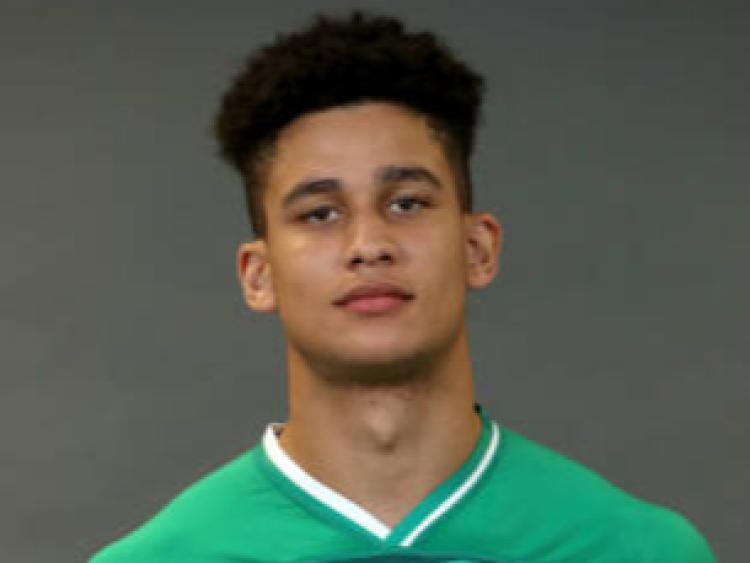 THANKFULLY incidents were rare and isolated but Cormac Izuchukwu still retains some painful memories of what it was like growing up as a “mixed race” kid in Tullamore.

A multi-talented sportsman, who has signed on with the Ulster rugby academy, Izuchukwu has particular memories of one incident when a car load pulled up as he crossed the railway bridge at Clonminch, not far from his home, at just nine years of age.

“They were calling me the N word and saying go back to the zoo. I was only nine or ten. I had nowhere to run or hide. At 9 years of age, you can’t fight back. I have got bits of pieces of it, people crossing the street and that type of stuff,” he recalled this week as he spoke about the sporting path that has taken him to the verge of a professional rugby career.

Born in London, he moved to his mother's home town of Kilcormac when eight years of age before they came into Tullamore and he has embraced sports. His mother is Catriona Dooley and is related to Offaly hurling folk heroes Joe, Johnny and Billy Dooley. A young Izuchukwu excelled at a number of sports, featuring on Offaly U-14 hurling and football development squads and starring for Tullamore Harriers with whom he won a national U-11 600 metre medal before concentrating on rugby.

He learnt the ropes at Tullamore Rugby Club before going from Colaiste Choilm in Tullamore to Cistercian College in Roscrea where it firmly became his sport of choice. He has played in Scotland and been capped for the Irish rugby sevens as well featuring on the Irish U-20s squad before joining the Ulster rugby academy, where he will be based in Belfast.

20 years of age, he spoke with great honesty and openness about his life last week, stating that his father Okwute Izuchukwu didn't take much interest in them and he and his brother Chinnie and sister Ciara were raised by their mother.

With the “black lives matter” campaign gaining traction around the world, he stated that he hopes the current attention on racism will last a lifetime and won't be a two or three week thing. While racism was far from a dominant feature of his life and he has huge time for Tullamore, it did occur.

“I’ve nothing but the highest regard for Tullamore. I have had such good times there. Sometimes when a team is losing a match, lads will try and say something to hurt you but apart from that one time on the bridge, there hasn’t been much out and out racism. I hope the attention on racism at the moment is not a two or three week thing and will last for a lifetime. Most people will respect you for who I am.”

He told a couple of stories, talking about how he looked up to another Tullamore man, Jordan Conroy who has emerged as one of the top rugby sevens players in Ireland, starring at international level.

“Jordan is such a phenomenal player. He was senior when I was playing in Tullamore and he was a real inspiration. I tried to watch and copy him and it was great to see him playing at the top level. He is one of the best sevens players in the world. He is mixed race like myself and I really admire and like him. I remember pictures of him on the wall in Scoil Bhride. People would ask me if he was my brother!”

He also recounted funny stories from working with Benny Deegan, a local farmer in Clonminch. He worked with him as a young lad, travelling all over the midlands buying or looking at horses. “He would tell people I was his son and we would watch their reaction,” he smiled. “I could count on my hands the number of times racism happened, it was not a huge deal but it did happen. It was quite hard. My mother is white and I would talk to my brother Chinnie and sister Ciara about it.”

See this week's Tullamore Tribune for an in-depth interview with Cormac.