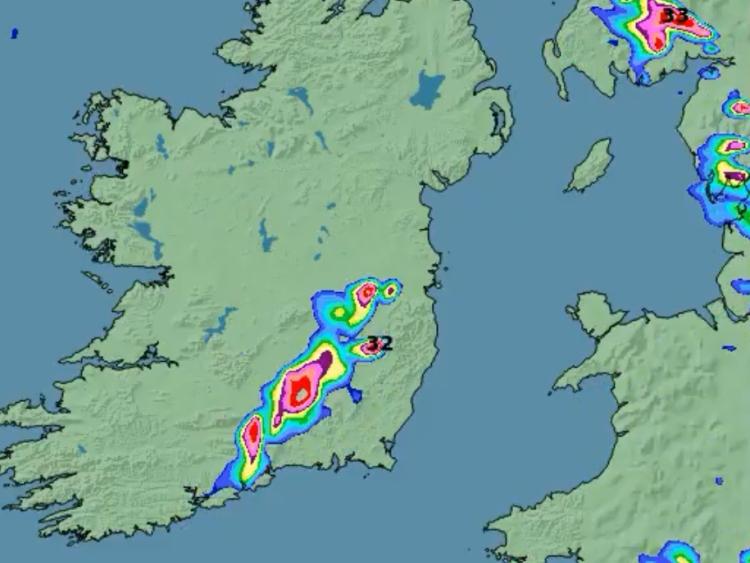 The latest Met Eireann rainfall forecast shows heavy downpours developing later today in the midlands and parts of the south of the country.

According to the forecast, the heavier downpours look set to hit between 6pm and 9pm.

Later in the day, some heavy or thundery showers may break out elsewhere too. The northwest will stay mostly dry, though, if rather dull. Highest temperatures ranging from 15 degrees along the west coast to 22 degrees in the east, with light northerly or variable breezes. pic.twitter.com/0WjWcrPIa9

A Met Eireann Weather Warning for thunder for parts of Ireland is currently in place.

The Status Yellow Thunder warning is for Leinster, Tipperary and Waterford.

Met Eireann is warning that thunderstorms with hail are expected again today mainly in parts of east Munster and Leinster giving severe downpours in places with some surface flooding.

The warning is valid from 7am until 9pm this evening.