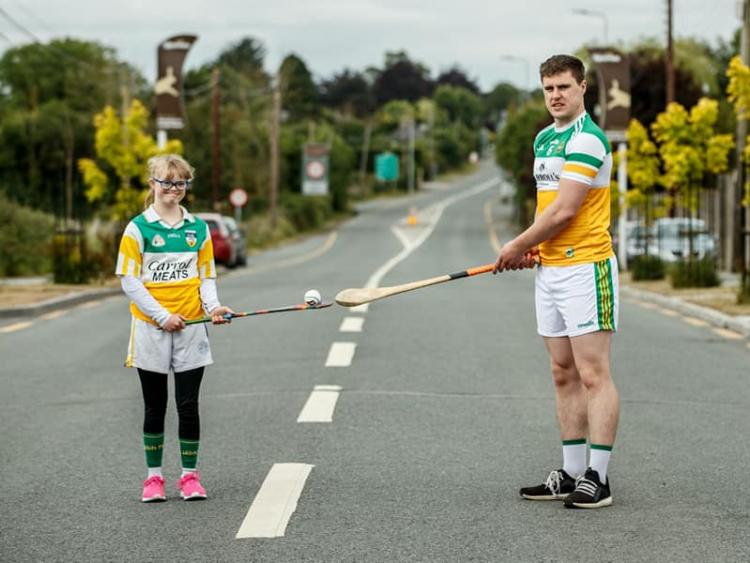 The Offaly senior hurlers produced the goods off the field last weekend as their double fundraising venture last Saturday and Sunday returned over 60,000 for two local charities.

With no on field action, the senior hurling panel showed their leadership qualities off the field by been the driving force behind pulling all this together in just three and a half weeks.

On Saturday, they held as online variety show that saw over 1,000 people tune into Offaly GAA social media channels before completing their weekend of fundraising on Sunday morning with a solo run from Kilcormac to Tullamore.

The variety show was a massive success. People could vote for their favourite act right throughout the week leading up to it and on the night itself. Each euro donated counted as a vote and massive traction on line led to the money flowing in throughout the week.

There were 14 acts overall and when all was said and done and the judges scores along with the money raised by each act were totted up, the car pool entry from Offaly Camogie came out on top. Becky Bryant, Amy Byrne, Emma Mulrooney and Sharon Shanahan took the spoils with over 7,000 euro worth of votes.

Sponsorship is key to any fundraising drive and the Offaly senior hurlers were lucky to have excellent main sponsors for the weekend. EJ Engineering, Banagher Concrete, ESB, Inland and Coastal, Ravenhill Transport, Logicom, Axe Forestry, Birr Community School, Loughnanne Concrete, Grennan’s of Rath, Carroll Cuisine, Banagher College, St Rynagh’s GAA, McCormack Builders and Rosderra Meats all put their shoulder to the wheel in that regard.

Judges on the night were Irish Rugby international Ultan Dillane, digital journalist Lauren Guilfoyle and Offaly native and comedian Neil Delemere. Sunday morning saw more members of the panel take part in a relay solo run from Kilcormac to
Tullamore where they topped off their fundraising efforts.

The players have also secured a signed Offaly jersey by 2019 Open champion Shane Lowry and that is available to buy through auction. Bids can be made by through contacting Offaly GAA social media channels by private message.

Countless people also rowed in behind the scenes to make the weekend a massive success and to raise an amount of money that tripled their expectations.

Speaking on behalf of the Offaly senior hurlers, Aidan Treacy commented, “we would like to thank everyone who donated and supported the event. Massive work went into it and we got great support from both sponsors and the general public along the way."

Midlands 103 and Newstalk’s Will O’Callaghan excelled as MC for the night. The Birr native was also tasked with editing and putting the final product together. There was a massive amount of work involved in that and it all resulted in a digitally produced show that was a credit to all involved.

Another Birr man, Adam Hart was the main man on the technical side of things in the producing of the acts and his IT and video skills played a huge role in pulling the whole variety show together.

Ian O’Shea was to the fore in the design of promotional posters and on the graphics end of things while Club Faithful and Padraig Egan were also very influential in making sure the weekend was a massive success.

The acts that took part in the variety show were:

There was also a raffle held over the weekend where anyone that made a donation of 20 euro or greater were in with a chance of some fantastic prizes. The winners were as follows: