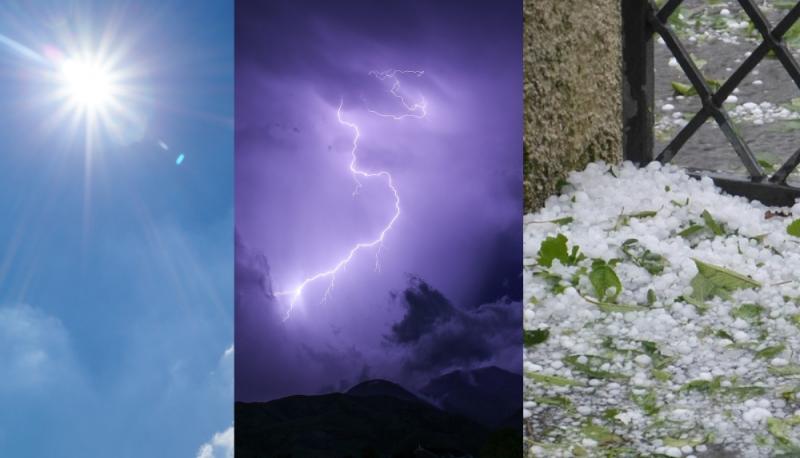 There is a mix of weather in the weather forecast for Ireland from Met Eireann for Friday and the weekend.

The weather forecast for Friday for Ireland from Met Eireann is for it to be cool and increasingly blustery today with a mix of sunny spells and showers. Some showers will be heavy and possibly thundery with a risk of hail. Highest temperatures 11 to 13 degrees in Ulster and north Connacht, 13 to 16 degrees elsewhere. Winds mostly moderate to fresh northwesterly, but strong on exposed coasts, especially on Connacht and Ulster coasts.

Becoming cloudy in the north tonight ahead of rain moving in. The rain will become widespread through Ulster, north Connacht and north Leinster. Holding mostly dry further south with cloud increasing towards dawn. Cold with lows of 4 to 7 degrees in a fresh to strong northwesterly wind, with gales developing on northern and northwestern coasts.

The weather forecast for Saturday morning for Ireland from Met Eireann is for the rain in the northern half of the country to become heavy but becoming lighter as it spreads further south with fresh to strong northwesterly winds. It will be a generally dull day as the rain clears to showers in the afternoon as the winds decrease moderate to fresh. Highest temperatures of 12 to 15 degrees generally but cooler along northern and western coasts.

Saturday night will remain generally cloudy with some isolated showers but more frequent in the north and northwest. Lows of 7 to 10 degrees in mostly moderate northwesterly winds.

Here is our 7 day Atlantic Chart, showing the pressure and precipitation forecast in 6 hour intervals.https://t.co/9Giuj4CR5mhttps://t.co/9gKN6SVok4 pic.twitter.com/QIvvuHsThF

The weather forecast for Sunday for Ireland from Met Eireann is for a mostly dry day with some sunny spells. Longer spells of sunshine will develop in the southern half of the country during the afternoon. Highest temperatures of 11 to 13 degrees in the north and northwest and 15 to 18 degrees elsewhere in moderate northerly winds. Continuing dry throughout the night with lows of 5 to 8 degrees in light to moderate northerly breezes.