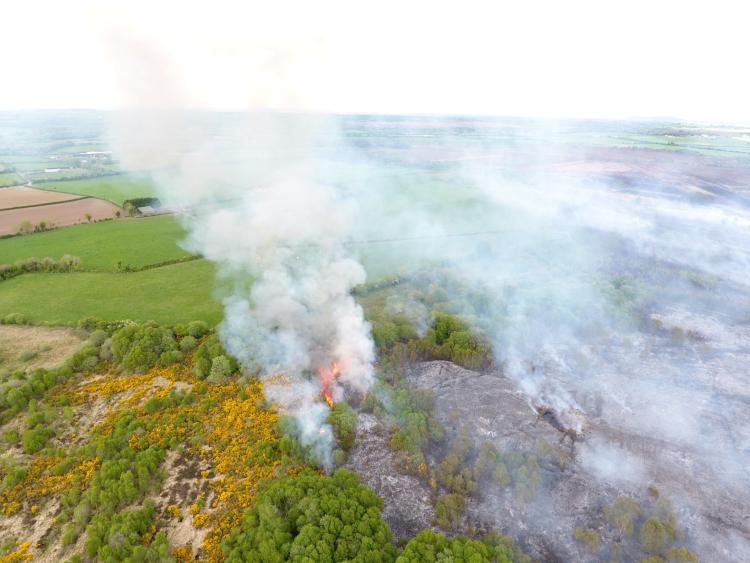 Units of Offaly Fire & Rescue Service from Birr, Ferbane and Tullamore attended the scene of several bog fires as the temperatures soared over the June Bank Holiday weekend.

With a status red extreme forest fire risk warning issued for last weekend, Offaly Fire & Rescue Service were called to the scene of bog fires in Broughal, Kilcormac, Gallen, Ferbane and Wood of O, Tullamore over the weekend.

A spokesperson for Offaly Fire & Rescue Service confirmed to the Tribune that two fire engines and two water tankers attended a bog fire at Broughal, Kilcormac where they remained for five hours on Friday last.

Meanwhile, Coillte and the National Parks and Wildlife Service (NPWS) joined forces to combat the spread of forest and wildfires over the summer months using innovative technology. Drone technology will survey areas for fires and support firefighters on the ground with the programme being rolled out in Dublin, Wicklow and the midlands regions that are at hi gh risk.

This is the second year the technology will be used to monitor designated 'hot spots' across the regions of Dublin, Wicklow and the Midlands. Utilising this state-of-the-art technology allows the drones to become firefighters' eyes in the skies, helping to protect the environment and save lives.