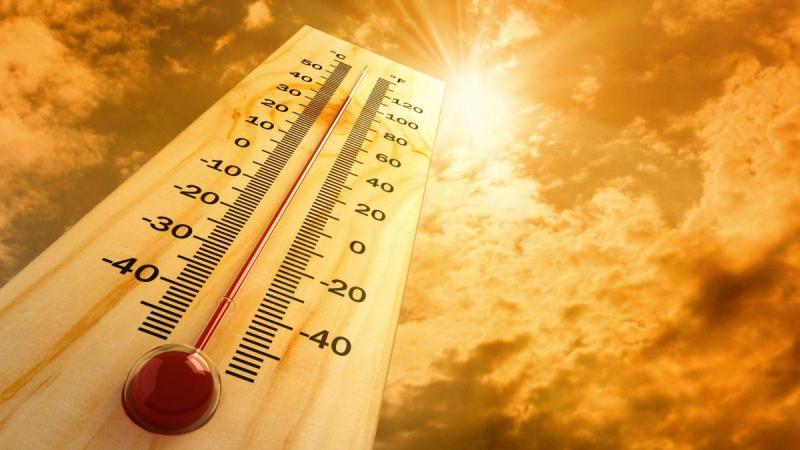 Cooler and more unsettled weather is set to break the spell of hot weather Ireland has been enjoying recently but rain is not a big feature of the change according to Met Éireann's forecast.

While it will be warm and sunny for Tuesday, it will become much cooler and more unsettled from then on.

The weather forecast for Tuesday from Met Eireann is for it to be generally dry with good sunshine to begin the day and most places will stay dry. However cloud in the north and parts of the west will bring showers there in the afternoon. Still very warm in most areas with top temperatures of 22 to 26 degrees, highest over Leinster and Munster, but it will be cooler than recent days in northern and western coastal counties with highest temperatures of 16 to 20 degrees here. Winds will be light at first will become moderate northwesterly later.

Showery rain will continue to spread southeastwards over the country on Tuesday night. Although most accumulations are expected to be small, there is a slight chance of some heavier bursts in parts of the east and southeast. Lows of 8 to 11 degrees freshening north to northwest winds.

The weather forecast for Wednesday from Met Eireann is for it to be breezier and much cooler. Maxima will range 12 to 17 degrees, coolest in the north and northwest, in moderate to fresh and gusty northerly winds, strong near some coasts. It will start out mostly cloudy in the east and south with occasional rain or showers, but drier and brighter conditions in the west and north will spread countrywide later with some sunny intervals developing. Dry with variable cloud and clear spells on Wednesday night, just a few light showers developing in the northwest towards dawn. Lows of 6 to 9 degrees with northerly winds moderating and backing northwest.

The weather forecast from Met Eireann is for it to be dry for much of Thursday in the east and south, with some sunshine early on, but tending to cloud over. Mostly cloudy conditions further west and north with outbreaks of rain and drizzle developing during the morning and edging only slowly southeastwards through the course of the day. Winds will be mostly moderate west to northwest with top temperatures of 12 to 17 degrees.

Friday is currently looking rather cool and breezy with a mix of sunshine and showers. Northwest winds will be moderate to fresh and gusty, strong near coasts, with maximum temperatures ranging from 11 to 16 degrees north to south.

According to Met Eireann, details a little uncertain at this time range but rather cool conditions signalled with a northwesterly airflow dominating and maximum temperatures below average for the time of year. Current indications for Saturday suggest fairly widespread showers in brisk west to northwest winds, with showers clearing eastwards on Sunday as the northwesterly winds gradually moderate.