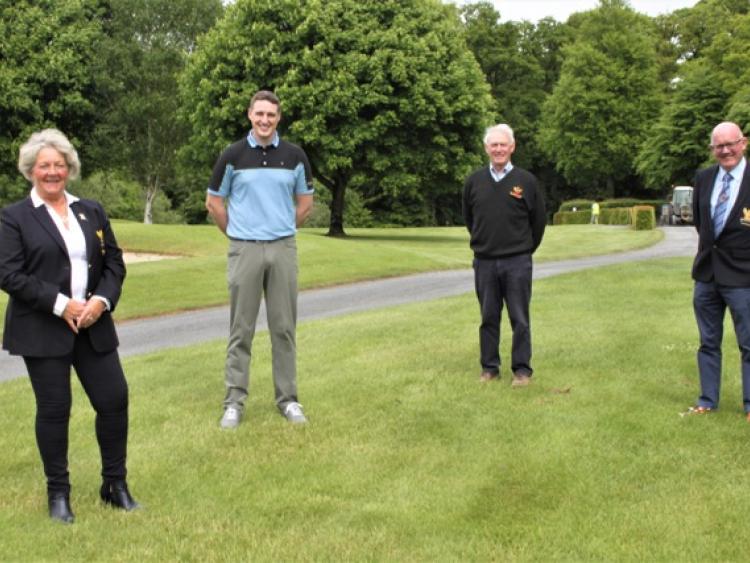 TULLAMORE Golf Club has confirmed the appointment of Corey Doherty to the position of Head PGA Professional at the club.

Corey started his PGA Professional training programme at Athlone Golf Club, where he remained for four years following which he moved to Vancouver, Canada where he taught and played golf professionally for a further two years.

On his return to these shores, he secured a position at the prestigious Howth Golf Club where he conducted private and group coaching in addition to running Junior golf camps.

He is currently completing a Masters degree at UCD specializing in Sport Psychology and Coaching.

He is delighted to have joined the team at Tullamore Golf Club, which he describes as “a dream job in one of the best member’s clubs and parkland golf courses in Ireland”

In his new role, Corey will be offering golf lessons to members and visitors from total beginner to expert level and he will also maintain a clear focus on the growth of Junior golf in the midlands.

He will operate and manage a fully stocked professional shop in which people can avail of the latest brands and golf gear, including a custom fitting service to get tailored golf clubs to help players get the best from their game.

Meanwhile, Tullamore Golf Club Men's Captain Michael Hannon has decided to take the lead in giving members  some competitive golf after Phase 2 of the Covid 19 restrictions  come June 8th. Michael has decided that this year's Captain`s Prize will be a matchplay competition.

Tullamore Golf Club are asking all members to support the competition andthey can enter by giving their name and entry fee of €10 to Corey in the pro shop over the next couple of weeks.

“If the Government allows us to move to phase 2 on June 8th the draw will be held that week and the first round will be played over the next few weeks,” said a statement from the club this week.

The statement added: “This is a very prestigious competition and we hope it is well supported.”

wo Offaly golf courses have been named among the best in Ireland.