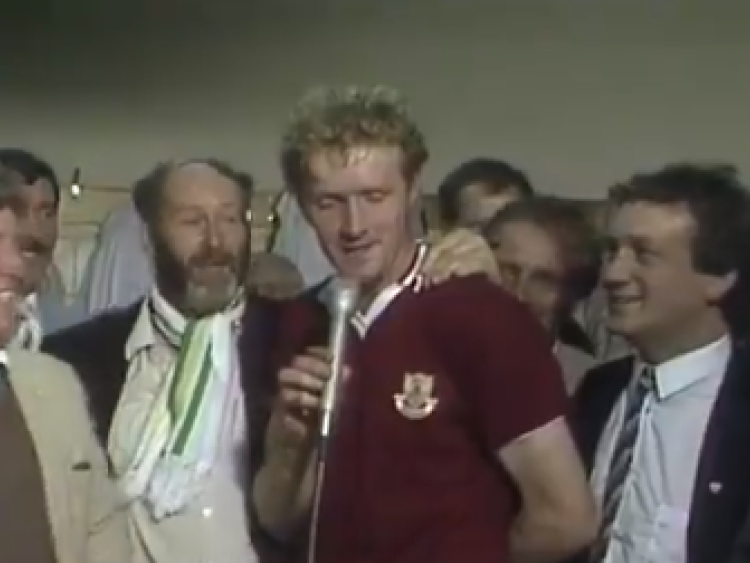 We've all been watching old GAA games in the absence of live sport due to Covid-19 and they have shown us one thing - the dressing room antics were top notch.

Live interviews and gaggles of lads trying to get their heads on the telly were the order of the day. The odd song was even sung.

In 1985, Offaly had just claimed their second ever All-Ireland senior hurling title and the celebrations were in full swing in the Croke Park dressing rooms.

Offaly hero Pat Delaney was called upon and ushered to a microphone like an uncle at a wedding to sing an aul tune. Of course, it was the Offaly Rover and the moment was made all the sweeter by the fact Pat was wearing a Galway jersey.

Soak it in, lads!

The clip below was shared by Shane Dawson from eir Sport.