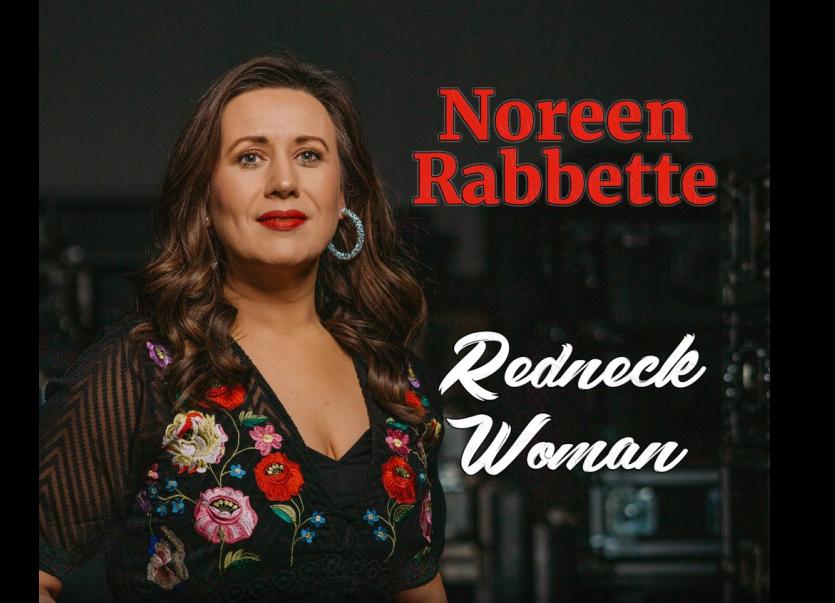 Clara singer Noreen Rabbette has announced the release of her debut single ‘Redneck Woman’ on Thursday, May 21.

The song went straight to Number 1 on the iTunes chart, amid much acclaim and praise from fans and supporters alike.

Following on from her successful appearance on TG4’s Glór Tíre with Mike Denver in 2019, the Offaly native has become one of the most sought-after female singers and her band, ‘The Secrets’, has gone from strength to strength. Formed in 2013, the band is managed by her brother Joe Rabbette, who himself is no stranger to stage and screen.

Growing up in a musical family, Noreen’s love of singing was encouraged from an early age. She began to perform aged just 7 and went on to win an All-Ireland solo singing title in Scór na nÓg.

LISTEN: Take a listen to the single above

In 1996, she joined her first band with her father Joe and siblings, Claire and Joe and the rest, as they say, is history. She has since spent her time as a primary school teacher in Ballinagar, enjoying motherhood with her son, Leonard and singing and performing.

Noreen’s star is set to rise even further with her appearance alongside Robert Mizzell and Matt Leavy on the Nashville Song Book Concert show. The production, which was due to tour in March of this year, will be rescheduled to a later date and includes local theatres, Portlaoise and Moate.

Redneck Woman, which was recorded at Ballyrose Media Recording Studio and produced by Wayne Thorose, is available now to download on iTunes and Spotify. It can also be requested on radio stations all around the country.

You can get more information on Noreen through her social media account Noreen Rabbette Music on Facebook or at www.thesecrets.ie