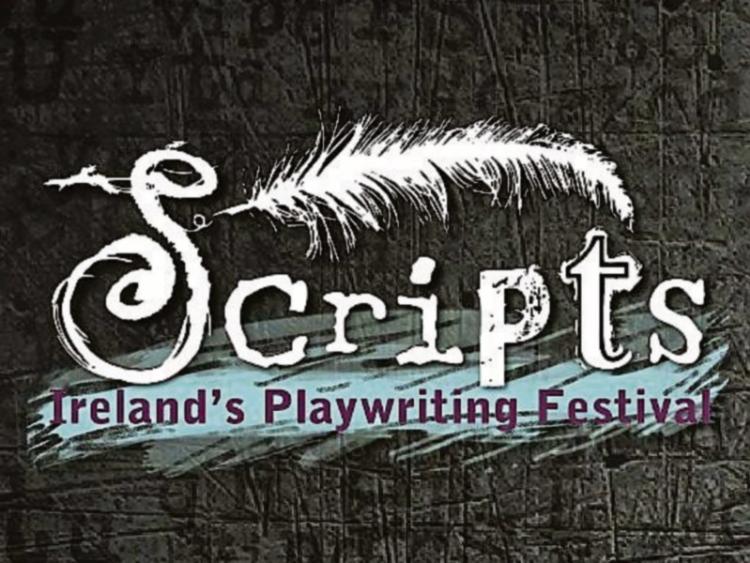 Amidst the fear and anxiety that the coronavirus has brought in its wake, one Birr festival has found a new home online to ensure creativity continues to flourish and new Irish writing nurtured and performed despite the limitations.

The performances will also be followed by a panel discussion with Eugene O’Brien (one of the co-founders of SCRIPTS), two of Ireland’s leading theatre practitioners Gina Moxley and Philip McMahon and New Writing Associate at the Abbey Theatre, Jesse Weaver.

For the project, the selected writers underwent a week of intensive online mentoring with Eugene over Zoom, which is a very new departure for SCRIPTS.

Work behind the scenes began over two months ago after SCRIPTS Artistic Directors Angela Ryan Whyte and Lisa Daly began developing the idea. A multi-faceted project, it has input from Birr musician Lauran Beth who recorded an acoustic version of her debut single ‘Just Breathe Baby’ which acts as the central theme tune of "Alive & Online". 17-year-old Lauran has been writing and performing for a number of years and has built a following on TikTok and YouTube. She has also appeared on the Late Late Toy Show and has won numerous singing awards.

Birr-based film producer Gary Hoctor of Hello Camera, has also had a huge hand in the overall look of the presentation, editing all the digital media into a fabulous viewing package.

Nurturing and developing new Irish writing has been the artistic objective of SCRIPTS since its inception in 2013. SCRIPTS is usually a four-day festival which takes place in June across the picturesque Offaly town with a full programme of performances, workshops and more.

Angela says: "Witnessing not only the frightening loss of life and the enormous toll on our daily lives, but also the wipeout of the Arts industry with countless productions grinding to a halt, prompted us to take action. The Arts offer us a unique way of minding our mental health, switching off and processing this intense range of emotions we are all experiencing right now. We felt that with a bit of creativity, we could fuse a way to keep artists connected, working, engaging and entertaining the wider community as a whole.

“In a time of such uncertainty, it's been really reassuring to have found a way to bring actors and writers out of their homes (without leaving them!), and to establish some type of control over a situation where we are very much powerless. Everyone involved in the project has shown a tireless commitment and enthusiasm to create and collaborate in a new way through this crisis- we're so lucky to have this level of talent and professionalism in this little community."

The festival is co-produced by Birr Theatre & Arts Centre, which closed its doors to the general public in mid-March due to public health restrictions. Venue Manager is Emma Nee Haslam: “In March we abruptly had to close our doors. It has been an extremely difficult time (emotionally and financially) for us and for all in the Arts sector.  Working on this project and seeing it grow from a tiny ‘what if’ idea to finally being realised and seeing it on screen has been amazing. The quality of what is produced is top class…. and this is all from our own homes! This really shows that when the chips are down the Arts Community in Birr can dust itself off and continue to produce work.”

Visit www.scriptsireland.com for more information and the link to view Alive & Online on Thursday, May 28, 8.30pm.