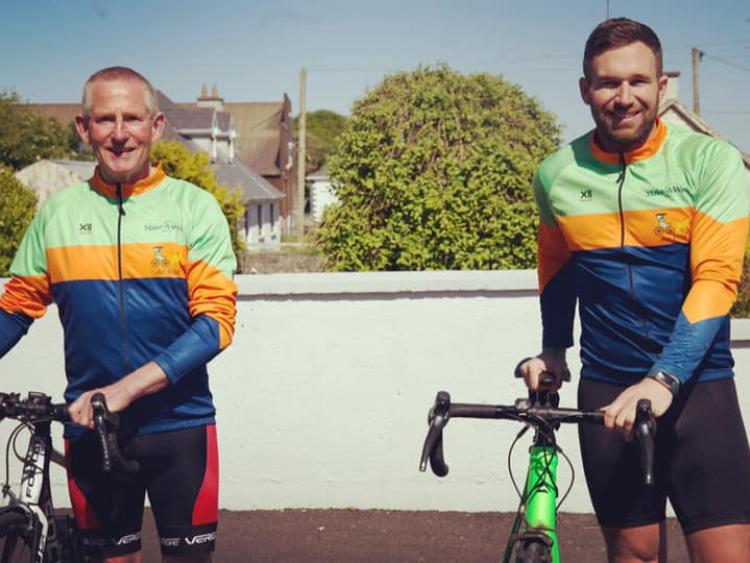 Former Offaly players to cycle 2,000km for incredible cause

Two former Offaly intercounty footballers from different eras are preparing to cycle over 2,000km for the Make A Wish Foundation and their own native Rhode GAA.

All-Ireland winner Stephen Darby, a former principal of Ballybryan National School in Rhode, and former county star from the 2000s, Paraic Sullivan have been training for the challenge which will see them taking turns to cycle continuously for five days straight.

Stephen and Paraic will be cycling one thousand kilometres each over five days from May 26 to May 30. The lads will cycle individually over a ten-kilometre circuit around the village of Rhode. When one has completed ten laps (100km) the other will then begin another stage of the same distance.

They have been training for the event since early January, only taking a short rest at the beginning of the Covid-19 lockdown some weeks ago. Training has been going well for them but it’s difficult to keep the motivation high when riding continuously around a relatively short circuit.

Stephen is a member of the Team905 cycling club in Edenderry.

"The lads deserve great credit for persevering and, with almost five thousand kilometres each clocked up in training spins, they are well prepared for what will be a major test of their physical and mental resolve," the club said in a statement.

The fundraising effort has been going well and if you would like to help out in a really worthwhile cause, there will be sponsorship cards available in the shops in Rhode or you can contribute online at the event website www.cycle4dreams2020.com.