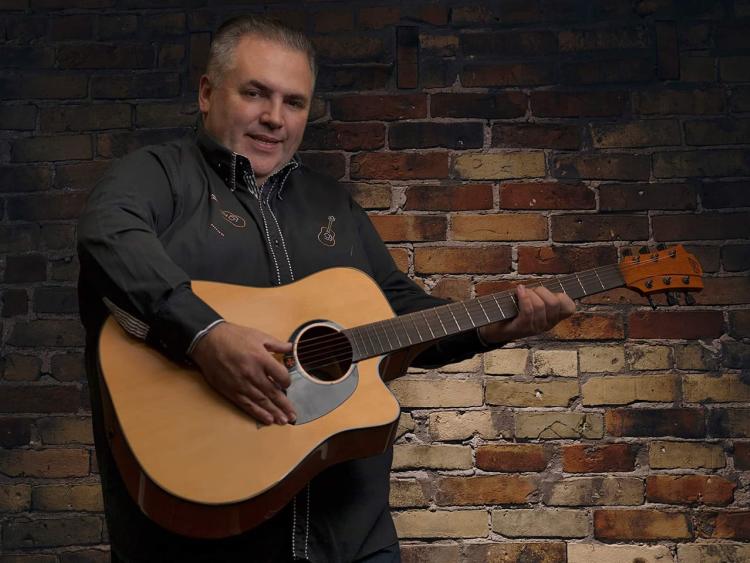 To most people, having to postpone any big event that had been months in the planning - and not to mention years in the making - would be a huge disappointment. Imagine that happening to you twice in the space of a few weeks.

Well, country music favourite John Molloy doesn't have to imagine it. The Westmeath native, now living in Offaly, is living through that reality. The launch of his highly anticipated debut album, Introducing John Molloy, was originally planned for February, but unfortunately, as storm warnings at the time looked like bringing the country to a standstill, John made the decision to take a safety-first approach for the sake of his fans. The launch was rescheduled for March, but in the meantime...along came Covid-19.

John, however, as well known for seldom being without a smile as he is for his honey-soaked singing voice, is taking it all in his stride. And, while still with a smile on his face, he's planning a special occasion for his fans in the not too distant future.

"But sure look, sometimes there are just things that happen that are outside of your own control. And it just so happened that a couple of those things occurred in a very short space of time for me this year. But there's been a bigger picture involved both times as well, and that was making sure that people were safe and sound. That's always paramount. You always need to take care of that first, and then everything else will fall back into place in its own time."

So while John is now planning a third-time-lucky album launch - which is certain to become one of Irish country's not-to-be-missed nights of the year - he's also working up something a little bit special for his fans before then, as he revealed last weekend.

"We'll definitely be having the album launch, there's no doubt about that. We're just waiting for the green-light on things before we can put a date on it and get started on fitting all the pieces of that puzzle back into place [laughs]. But it's definitely going to happen, let there be no mistake about that.

"Between now and then, though, I'm going to put together a bit of a special occasion for fans. As much as I know they miss all of us artists being able to perform for them, we miss being able to get out to perform for them as well. So I have something in the works now that I'll be able to reveal more details about very soon. And hopefully, it will be something we can all look forward to, and all enjoy too."

INTRODUCING JOHN MOLLOY, the debut album from John, is OUT NOW on all digital platforms, and to order from John's official website, www.johnmolloycountry.com.

To stay up to date with more news and details on John's special event and career in general, you can follow him on social media by searching John Molloy Country.