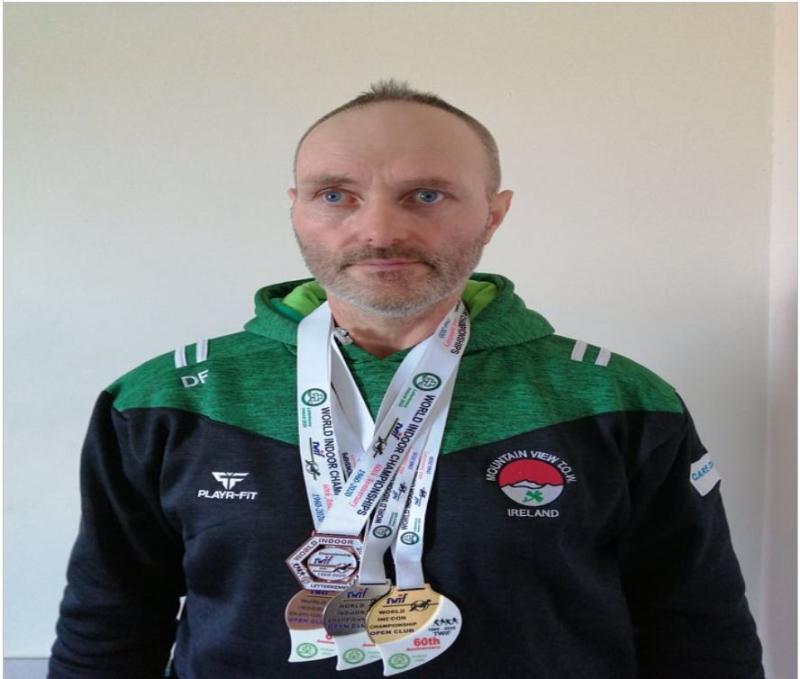 One hundred and nine teams competed, with 17 countries represented in Men’s, Women’s and Mixed TOW teams. China did not compete due to the Corona Virus.

Donagh Feeney competed with the Mountain View TOW Club which is based between Delvin, Co. Westmeath and Dundalk, Co. Louth.

He represented Ireland in the 640kg and won a World Bronze medal.

He gave Donagh his first break with Mountain View when he picked him for the 2016 World Indoor TOW Championships in Volendam, the Netherlands.

Donagh went on to pull for Ireland again in the 2018 World Indoor TOW Championships in China where he won a World Bronze medal in the 680kg weight category.

Donagh has competed for Ireland, Outdoors and Indoors, at UK, European and World Championships over the past 4 years.
Donagh has had a long history of participating in sport.

He was involved in Cross Country athletics at school’s level with Kilcormac Vocational School and also with Slieve Bloom AC for many years, winning two County titles during the 1990s.