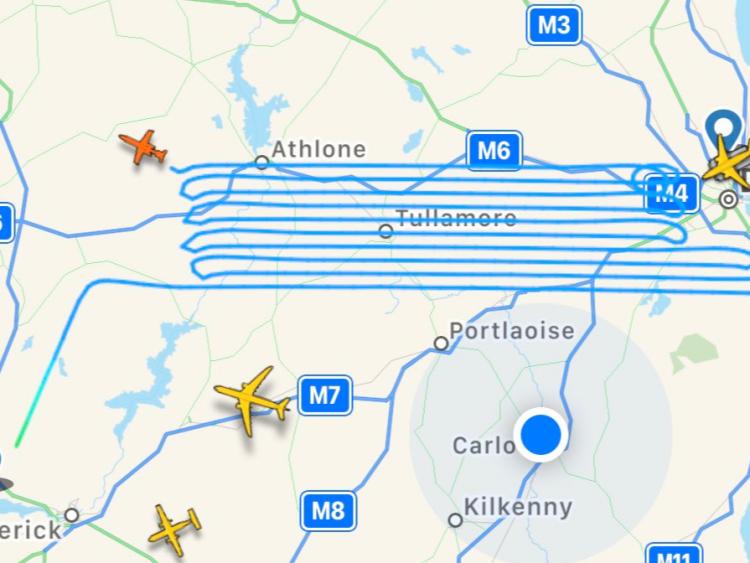 A plane has taken a very odd flight path across several counties in Ireland, seemingly focusing in the skies over Offaly.

Plane surveying or what do you think it is doing? pic.twitter.com/23bV2onLrV

Some of the Twitter suggestions as to what's going on have been brilliant!

Got directions off a local

It's coloring in the midlands.

And there was some sensible suggestions:

Mapping. It’s not the geophysics one. That’s a turbo prop. This is almost certainly mapping.

I just had a scratch around and it's a Dutch company doing surveys, couldn't find out for what tho

The cessna citation reg is PH-SVZ. It and another aircraft are based out of Shannon on survey work. Last weekend they covered North Mayo Sligo and Donegal