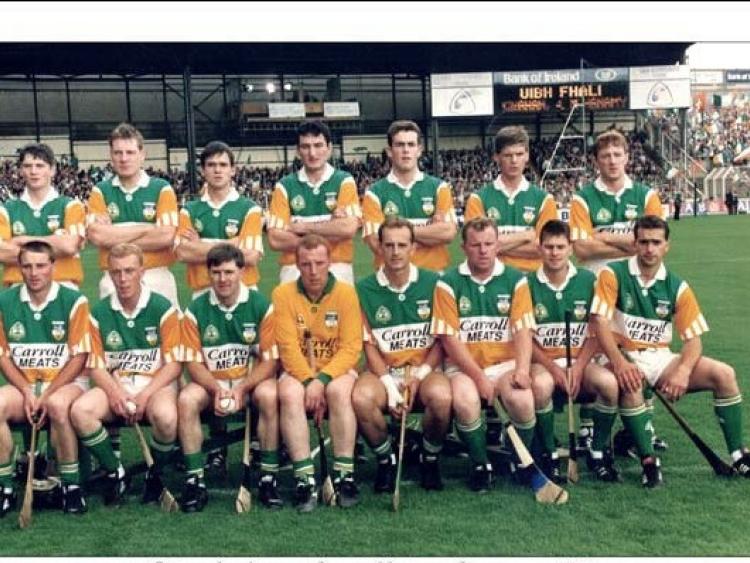 Birr native and Guardian journalist Barry Glendenning has brought the heady days of Offaly hurling to the famous UK newspaper.

The final that broke the hearts of those from the Treaty county set the Faithful alight in celebration after the most implausible of finishes in Croke Park.

As Barry writes: "Nearly 26 years later some of them down there still refuse to talk about it. For months afterward in the pubs of my hometown of Birr in County Offaly, we talked of little else."

Offaly won that All-Ireland in a 70-minute game but it will be forever known as the five-minute final given the heroics late on. Offaly scored 2-5 in the last five minutes to claim an unlikely six-point win - a crushing defeat for the Limerick men.

"By the final whistle, they were broken men, unable even to collapse in despair on the turf for fear of being trampled underfoot by thousands of ecstatic Offaly fans swarming the pitch to celebrate an extraordinary turnaround," Barry recalls.

Offaly were considered mavericks of the game in the 1990s and Barry writes of "cutting loose" and "nocturnal high jinks" but the team were hell-raisers most on the field and that was where it counted.

That spirit perfectly captured by Johnny Dooley's now famous free with Offaly five points down. Barry recalls: "Socks around his ankles and his face a sheen of sweat as he stood over a 21-yard free with a wall of Limerick players across the goal-line, he glanced to the sideline where a coach instructed him to send the ball over the bar for a point that would reduce the deficit to four. Studiously ignoring the order in a courageous act of insubordination, Johnny sent the ball fizzing low towards the corner and with a ripple of the net – a goal – Offaly were just two points behind."

The rest, as they say, is history as Offaly rattled off the scores to prevail, sparking the spill of Offaly supporters from the stands and sidelines onto the pitch - a rapturous release.

You can read the full article by Barry Glendenning HERE.