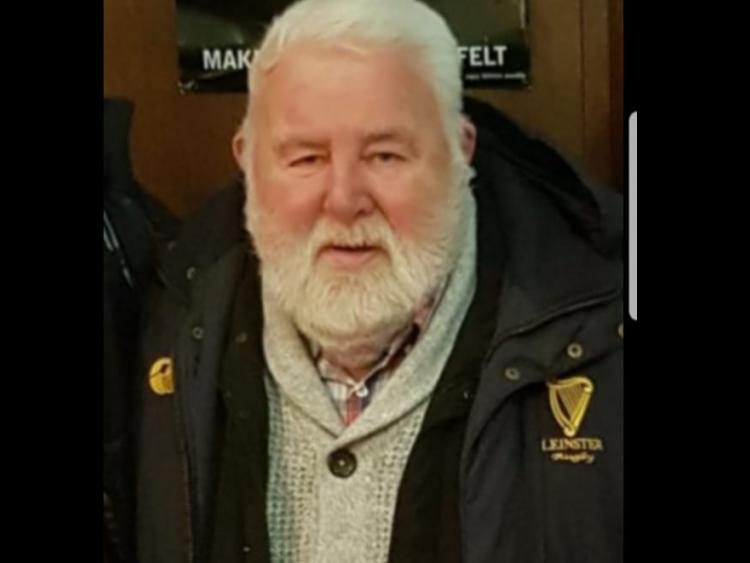 "Where do you start with our good friend? What this man had done for Edenderry RFC is unbelievable. When I started playing rugby at the Club in 1976, I got to know Dave. Both himself and the great Danny O'Neill ran the underage teams at the club. They ferried young lads here there and everywhere to training and matches," Alan said.

"No task was too big. A huge amount of our adult players would have had Dave as a coach. He would fight tooth and nail for his teams. He even coached the 2nds and 3rds for a number of years as well as the underage.

"In his later years in the club, he ran The Edenderry Ladies Team. They were his girls. I would safely say our Ladies Team wouldn't have had the success that its had but for the drive and determination of Dave. You never said "No" to him. Not an option.

"Dave could be seen supporting every age level at the club. He was there with encouragement for everyone. On the good days and on the bad ones. He would appear out of the blue at matches at the far end of the country.

"He was one of the best ambassadors the Club could have ever had. The only falling out we would have was the Scotland v Ireland Internationals. We had words at times if he arrived out and there would be something not done right. Or a dog that wasn't on a lead. Flags not up.

"But head into John at the bar and bring Dave a cup of coffee and peace was restored. He will be sorely missed by everyone.
We will miss his wit, banter and friendly manner. Mainly his determination to put the club up where it should be.

"He was delighted before Christmas when I was talking to him that the Club was fielding U14, U16 and U18 girls teams.
'My team' is alright in the years ahead if you look after them now was what I was told.

"Speaking to numerous of our senior and past members there was genuine sadness as I broke the news to them.
To Pat, Scott, Leslie and David and the wider family, we extend our deepest sympathies at this sad time and keep you in our thoughts and prayers.

"Due to the Covid-19 restrictions, we cannot give Dave the tribute he deserves from Edenderry RFC but there will be a remembrance service at a later date where we can honour the man that was our Dave Wilkie. Goodnight good friend," Alan concluded.

Tributes have been flooding in from elsewhere, including from former Ireland and Leinster rugby star, Sean O'Brien who described Dave as "a great man."

Very sorry to hear that!
Done so much for club players through the years! A great man #rip