St Brendan's, Birr back in All Ireland Colleges final after 34 year absence 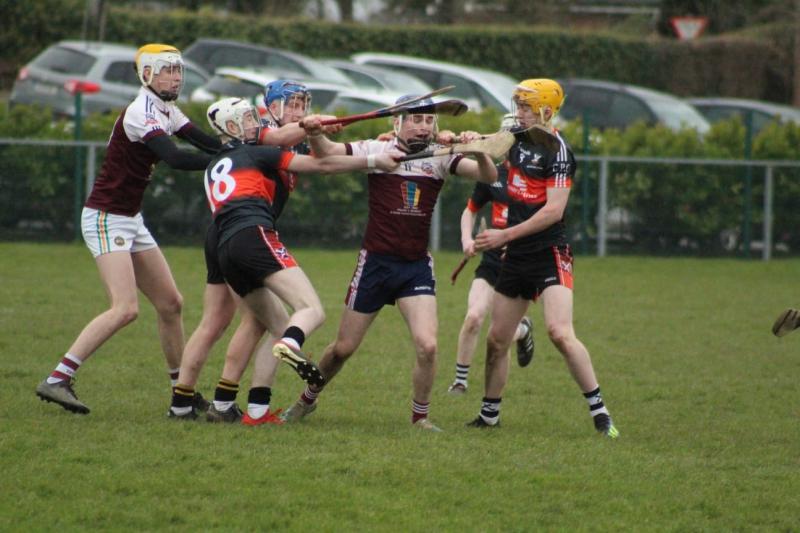 St Brendan’s Community School Birr overcame a stern challenge from Ballycastle's Cross and Passion of Antrim at a windswept Inniskeen Grattans GAA grounds Monaghan on Saturday last to book their place in the All Ireland Colleges senior 'B' hurling final on March 28th.

Upon arrival both sides were greeted with the disappointing news that the game was going to be held on the grounds third pitch instead of the excellent surface of the main playing field and the accompanying stand. The teams overcame this hurdle and still served up an enthralling and absorbing contest over the hour.

The game was far closer than the seven-point margin may perceive however but despite some nervy moments at the end of the second half, it was St Brendan's who advanced to the decider in Semple Stadium on March 28th.

St Brendan's came into this game on the back of their Leinster final win over Dublin champions Ard Scoil Rís at Dunmore Tuesday 3rd March.

However, they showed little signs of fatigue throughout the contest and displayed excellent battling qualities over the hour.
Indeed, it was the hard graft, determination and spirit of the team throughout the game which bridged the schools 34 year wait for an All-Ireland appearance.

Opting to play with the elements, St Brendan's community school opened the scoring through a Niall Lyons free inside the opening two minutes, this was followed by an excellent score from left half forward Gearoid McCormack.

Lyons pushed that lead out to three by the eigth minute through a placed ball while two further scores from McCormack and a fine side-line cut from 65 meters by right half back Cian Burke gave Brendan's a foothold on the game.

Playing into the gale, Ballycastle registered their first score on 23rd minute through a finely struck free by Michael O Boyle.
Such was the intensity in the tackle and immense work rate from St. Brendan's, Ballycastle struggled to get up the field.
Brendan's responded to this score and finished the half strongly with three more points, one again from Gearoid McCormack and two from substitute Lochlann Quinn.

Going in at half time with a seven-point lead left for an interesting second half considering the gale that would accompany the Antrim men.

The Birr outfit faced a massive challenge playing into the elements with the tension of the occasion rising upon the resumption.
Within a minute of the restart, Michael O' Boyle reduced the margin to six with a long ranged free.
By the 34th minute the margin was still six with the momentum favouring Ballycastle. It was from here that St Brendan's took control of the game.

Two turnovers following immense work from the St Brendan's contingent set up two attacks which were converted by Lyons and Quinn and it was that duo that stretched the lead to 10 playing against the breeze by the 40th minute.

This prompted an increase in intensity and intent from the Antrim outfit and they went on to register the next three scores between the 41st and 47th minute through Christy McGarry, a Michael O Boyle free and substitute Jack McGowen.
With over 10 minutes remaining and seven points between the sides, the game had reached a crucial juncture.
However, it was St Brendan’s who responded once more through a free by Quinn following an excelling run by substitute Luke Carey.

Ballycastle continued to attack and were unlucky with two goal chances, the first a free blazed over from the stick of O’ Boyle and the second effort from Enda Óg McGarry which went narrowly wide.
St Brendan’s CS now advance to the final where they will meet Cashel CS who overcame their respective semi-final against Calasanticius College Oranmore on a scoreline of 4-22 to 1-11.

The final is fixed for Semple Stadium on March 28th. The Birr school are managed by current Offaly selector David Kenny and Offaly player Aidan Treacy.