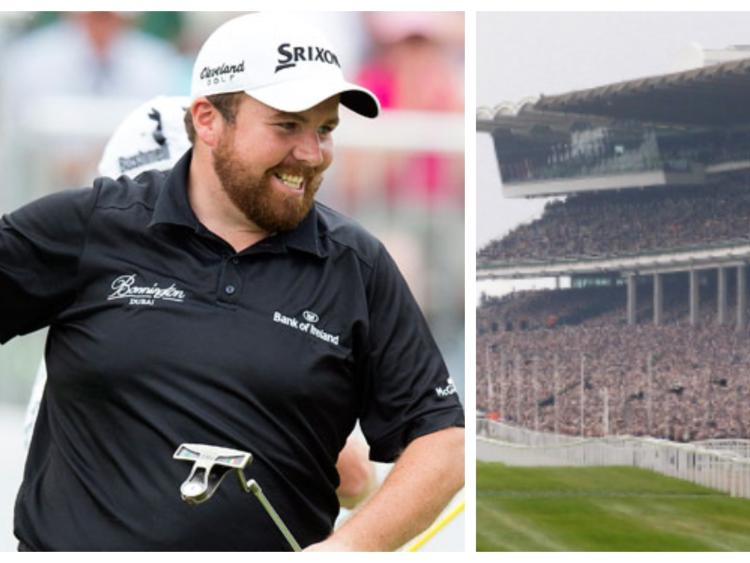 2019 Open champion Shane Lowry could add a Cheltenham winner to his CV on Wednesday evening as a horse owned by himself and a number of friends from Clara bids for glory at Prestbury Park.

Lowry is in Sawgrass preparing for this week's Player's Championship on the PGA Tour but will be finding the time during his practice round on Wednesday to watch his horse, Theatre Of War, in the 4.50pm contest.

Cheltenham got underway on Tuesday with 60,000 people in attendance despite fears over the spread of the Coronavirus and Theatre of War's trainer Gavin Cromwell saw his horse, Darver Star, finish third in the Champion Hurdle.

Theatre of War will also carry the Clara GAA colours of black and white when he takes to the track as one of the main contenders for the 4.50pm race on Wednesday. The group purchased the horse and sent it to Gavin Cromwell's yard because Shane's caddie Bo is a friend of the in-form trainer.

The horse is a three-year-old heading into the race on the back of a runner-up run at Leopardstown over Christmas. He was a bit of a bolter that day and almost run the race at 20/1. He was denied by Leagan Gaeilge in heartbreaking fashion with Shane and his friends in attendance at the Dublin track. He finished ahead of Gordon Elliott's Tronador that day and that horse is the third favourite for this race.

Lowry's horse is 16/1 with most bookmakers and could give Shane an incredible start to his week at the Player's Championship.