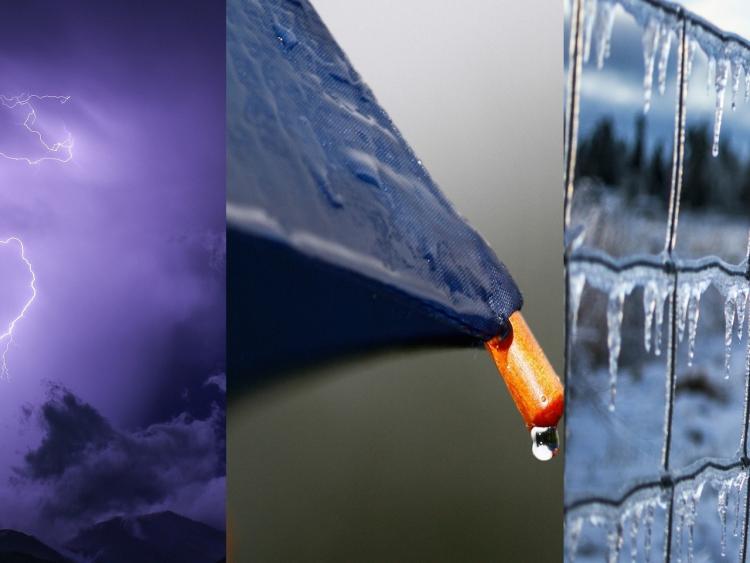 The weather forecast for Ireland for the coming week from Met Eireann is for the changeable and unsettled weather to continue for the rest of the week. Mild at first, but turning cold from midweek, with a risk of frost at night and wintry precipitation at times.

Tuesday night will be breezy or windy again, with clear spells and scattered showers, most of them in the western half of the country. Min. 2 to 4 Celsius, in moderate to fresh southwesterly winds, strong in Atlantic coastal areas.

Cold and windy on Wednesday with sunny spells and scattered showers, some of hail, with a risk of thunder. Turning much colder, with some of the showers turning wintry later Wednesday and Wednesday night. Max. 6 to 8 Celsius, in moderate to fresh southwesterly winds. Min. overnight. 0 to 3 Celsius, with a risk of frost in sheltered places.

Our Atlantic chart shows precipitation and pressure forecast in 6 hour intervals for the next 7 days. https://t.co/9Giuj4CR5m
The national forecast and the national outlook for coming days are available here.https://t.co/9gKN6SVok4 pic.twitter.com/Po6bxoU7Ry

Cold, with sunny spells and scattered showers, some heavy, with a risk of thunder on Thursday. Most of the showers will be of rain and hail, but some of sleet are possible, mainly over high ground. Max. 6 to 9 Celsius, in mostly moderate to fresh southwesterly winds.

According to Met Eireann, the outlook is uncertain for Friday and next weekend, but early indications are for cold and unsettled weather continuing.