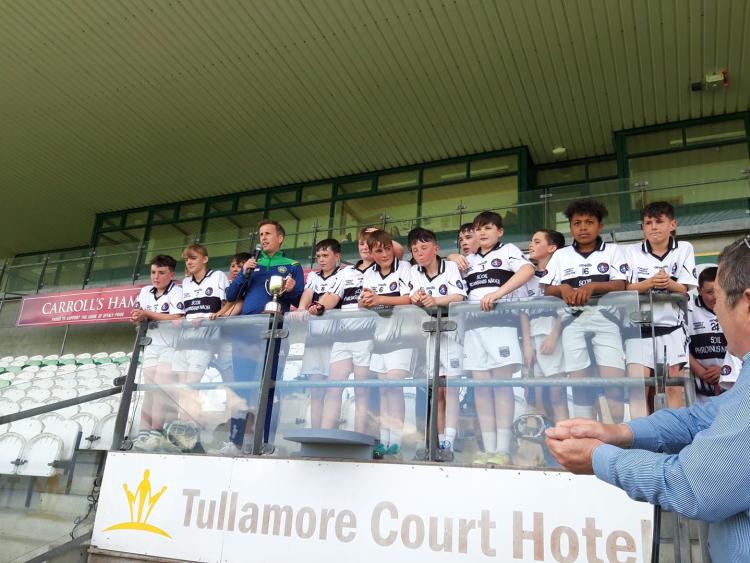 Clara's Scoil Phroinsiais Naofa have reached the All Ireland Final of the Cumann na mBunscol GAA primary school of the year award.

The award recognises the outstanding efforts of a school to promote GAA in their school.

Scoil Phroinsiais Naofa had a fantastic year last year winning hurling and football championships, taking part in half time games, playing in intercounty blitzes and also welcoming back their former students who won the Intermediate hurling championship during the year.

In conjunction with Clara GAA club, schools coaching takes place every Friday during school which allows and encourages every child to take part in GAA activities.

"We wish them the very best of luck at All Ireland Final Awards ceremony which will take place in Thurles on Friday night where the overall winner will be announced," Clara GAA said.