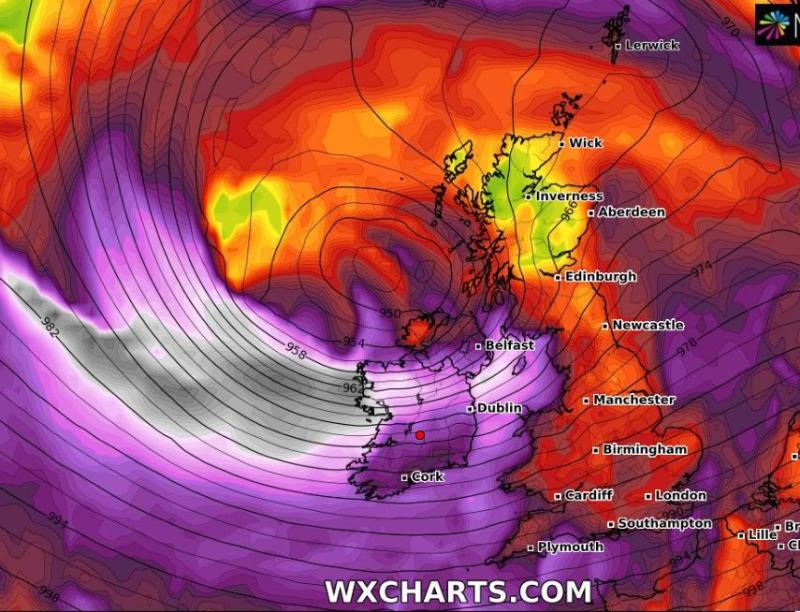 Storm Jorge is set to bring more heavy rain and strong winds to Ireland this weekend.

Met Eireann has issued a series of weather warnings for wind and rain for Ireland across Saturday and Sunday.

Storm Jorge was named by the Spanish Met Office before Met Eireann, hence the name Storm Jorge instead of Storm Ellen.

At present the west coast looks like being the worst affected area with Status Orange Wind Warnings for Galway, Mayo, Clare, Kerry, Donegal, Leitrim and Sligo for Saturday and into Sunday. The remainder of the country is currently covered by a Status Yellow Wind Warning.

There is also a Status Yellow Rainfall Warning for Munster, Connacht and Donegal.

In its latest weather forecast for Ireland for the weekend, Met Eireann states that Saturday will be a cold and windy day with widespread showers and coastal gales. Showers will be mainly confined to the west and south during the morning, but will become widespread as the day goes on, and will be a mix of rain, hail, sleet and possibly snow. There will also be a risk of thunder. Daytime temperatures of just 3 to 6 degrees, in strong and gusty southwesterly winds.

There will be bright spells and further wintry showers on Sunday. More persistent rain will affect south Munster and south Leinster, possibly turning to sleet or snow on higher ground. Cold, with highest afternoon temperatures of 4 to 7 degrees. Strong southwesterly winds in the northwest at first, easing by evening.