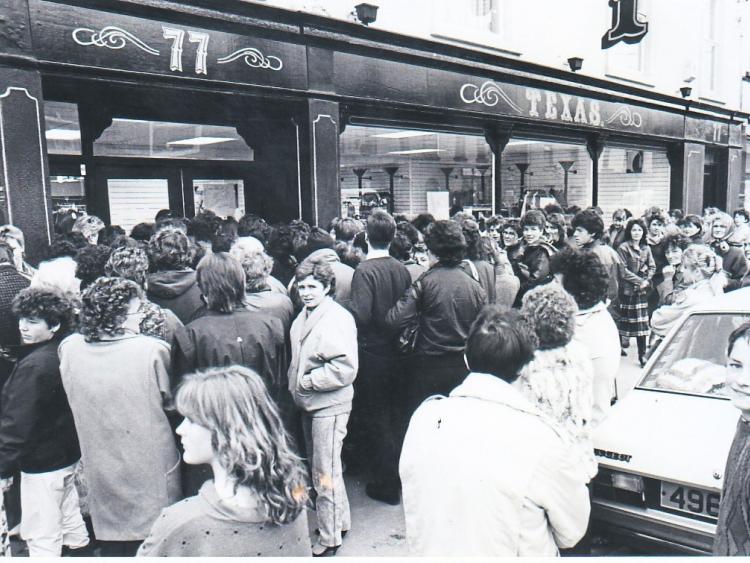 THE popular Texas department store is making a return to Tullamore with the end of April set for the grand opening.

Featuring a mixture of ladies, men's and children's clothing, footwear and accessories, the shop will be located on William Street at the home of the former Texas store.

''We will be carrying very high end fashion at low prices catering for all age groups but mostly the young shopper,'' said owner Tom McNamara.

Clothing will be sourced from Paris and Milan and the shop will carry only 12 of each item.

''We won't be repeating any item of clothing so when they are gone they are gone. There won't be hundreds of the same thing. In that way we hope to get a jump on Penneys and stop people from going to Athlone, Mullingar and Portlaoise to shop. There is no one doing value end fashion. Penneys will give you a good idea of what we will be carrying but we will be more exclusive,'' he said.

In addition upstairs will house a fully fitted online shop.

''We will open our virtual doors the same day we open the physical doors. It will have a full range of products and some extra items.'' said Tom.

In total Tom McNamara will be making an investment in excess of one million euro in the venture.

It will employ between 20 to 30 people including some fashion models for the online side of the business.

Tom Texas as he became known opened the first Texas store on William Street, Tullamore, on December 5, 1981 where he remained for three years before moving to the present site. He sold the premises in 2001 and the ESB ran a retail outlet there for a number of years, however, it later closed and it has lain idle ever since.

''It is a fabulous high profile building and is ideally located right at the traffic lights. It has a front and back door and parking is available right at the back. I'm amazed the way it lay idle for so long. It measures 4,000 sq ft. It was in a fairly poor state of repair'', he said.

Tom McNamara says his only worry now is that work on the street enhancement seems to have stopped almost outside his door on William Street. ''I hope they don't start digging up the road at the same time as I open,'' he said.

In the meantime he is looking for suggestions from the public as to the décor and items they would like to have in the shop and he is accepting suggestions on his Facebook page.