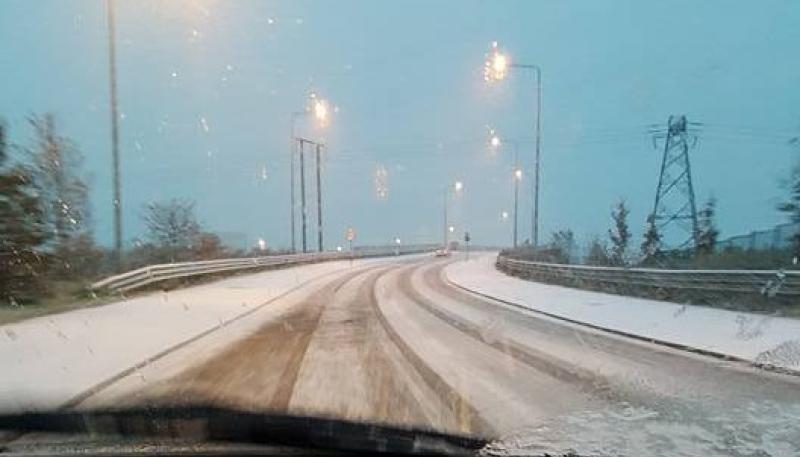 Dangerous driving conditions are expected across large swathes of the country this evening and overnight as heavy showers of sleet and snow come to feel southeastwards across the country leading to some accumulations of snow in places.

That's according to Irish Weather Channel forecaster Cathal Nolan who has predicted more snow and stormy conditions as we head towards the weekend.

"Temperatures have been cold all day and have ranged no higher than 3-5 degrees Celsius at best, feeling much colder in the wind. Temperatures will fall back further overnight, reaching as low as 0 or -1 degrees Celsius in some areas leading to icy stretches on roads," Cathal explained.

"There’s the slight risk of some sleet or snow in parts of Munster and the southern half of Leinster on Wednesday night into the early hours of Thursday morning but this remains rather uncertain and further monitoring over the coming hours.

"What is certain is that heavy rain will return to all areas through Friday and Saturday with a renewed risk of significant flooding in the Midlands and along the various river courses currently flooded across the country. There are some indications of some very strong winds also from this system, especially along western and northwestern coastal areas.

"Remaining unsettled and wintry thereafter with below normal temperatures, frequent wintry showers from the west and northwest, and precipitation levels still remaining a little above average. The flooding crisis looks set to become worse before it gets any better," he concluded.