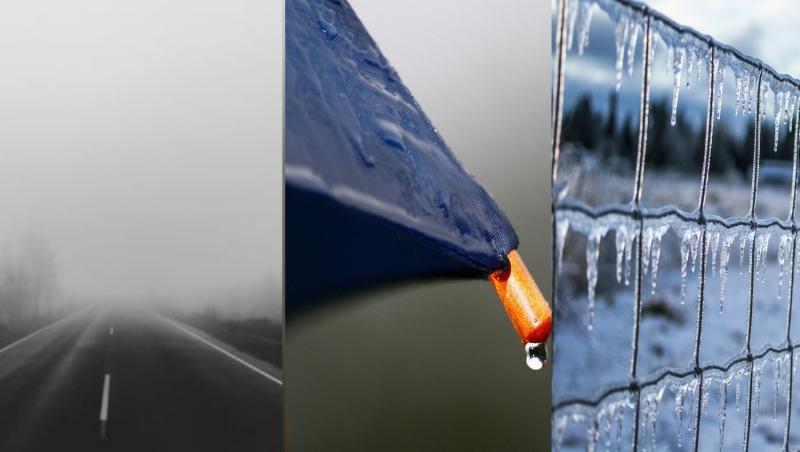 Met Éireann is forecasting a wet and windy weekend with some local flooding possible in areas.

In their latest forecast, Met Éireann predicts "showers becoming increasingly confined to the west and north early tonight [Thursday], and becoming dry elsewhere under clear spells with temperatures falling to between 2 and 5 degrees for a time."

"Increasing cloud will see temperatures rise overnight, however, with rain arriving in the northwest and extending slowly southeastwards to cover the northern half of the country by dawn. The rain will be heavy over high ground in the northwest with some local flooding. Southwesterly winds will strengthen tonight with gales on western and northwestern coasts.

"Wet and windy to begin Friday over the northern half of the country. Elsewhere, cloudy at first, with rain and drizzle gradually edging southwards, reaching all areas by afternoon. The rain will be heaviest and most persistent in the west, lighter and patchier in nature further east, with some drier weather at times here. Highs of 9 to 11 degrees, in strong and gusty southwesterly winds, with gales on coasts.

Looking further ahead, the national forecaster said: "A mobile Atlantic regime persists, with strong winds at times and spells of rain. Some local flooding is possible as soils are saturated and river levels are elevated. Our weather turns colder from Tuesday with wintry showers.

"Patchy rain and drizzle on Friday night, clearing from the northwest to scattered blustery showers. Lows of 2 to 5 degrees in the north, 6 to 8 degrees in the south. Continuing rather windy with gales on western and northern coasts.

"Blustery on Saturday and mostly cloudy with widespread showers. The showers most frequent in the north and west where some will be wintry over high ground. Fresh to strong westerly winds with gales on northwestern and northern coasts. Highs of 6 to 8 degrees in the north, 9 to 11 in the south. Rain over much of the country for a time on Saturday night, with showers and clear spells over Ulster. Minimum temperatures of 1 to 3 degrees in Ulster, 3 to 6 degrees elsewhere.

"Westerly winds will be noticeably lighter on Sunday than in previous days. Light and patchy rain and drizzle will spread to all areas through Sunday evening and night with a band of heavier rain spreading from the west later in the night and southwesterly winds increasing with gales returning"

Looking ahead to next week, Met Éireann predicts more wet and windy weather but also a drop in temperatures.