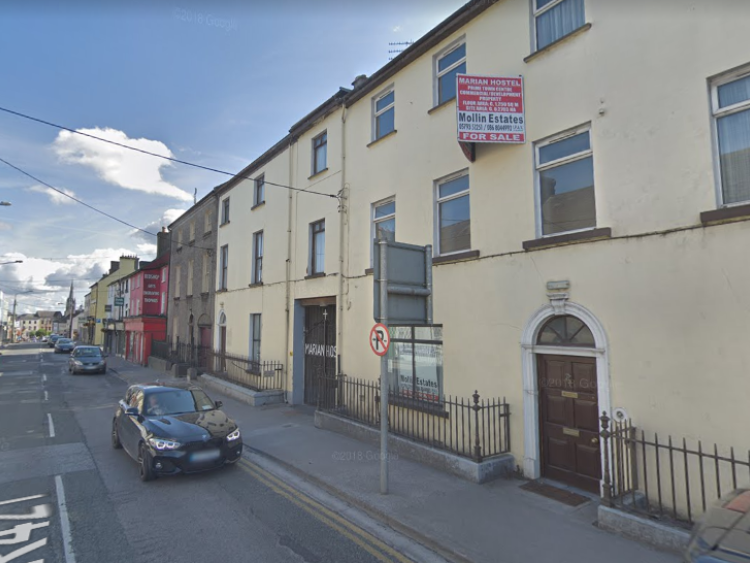 The old Marian hostel on High Street, Tullamore, will open its doors as a direct provision centre for asylum seekers before the end of this month, the Offaly Express can confirm.

The Department of Justice has confirmed that the newly named Marian Hostel Accommodation Centre will open as an accommodation centre for people in the International Protection process, also known as asylum seekers, in February 2020.

The centre will eventually be home to 168 people, made up of small families and single people. Residents will move into the centre on a phased basis while their claims for international protection are being examined.

The centre will consist of the Marian Hostel as well as dedicated spaces for families and singles. The Department says "this will ensure additional privacy and comfort for all residents."

The centre will facilitate independent living for residents. This means that all residents will have access to cooking facilities and an in-house food hall where they can get their groceries using a cashless points-based system. The centre also features a dining area and recreational spaces.

The centre has an onsite laundry facility and will also provide an outsourced service for larger items when required.

Staff will be on-site 24/7 and will be available to answer any questions the community may have, the Department said in correspondence circulated to councillors and the Chief Executive of Offaly County Council today.

Following a regional procurement process, the Marian Hostel was offered to the Department of Justice and Equality by Bridgestock Care.

Bridgestock Care will employ up to 20 locally based staff who will oversee management, reception, catering, housekeeping and general maintenance of the centre.

Bridgestock Care has committed to sourcing all supplies from within the locality, wherever possible.

Cllr Sean O'Brien has expressed concern with the way he says the centre is being opened without any public consultation.

"I am very concerned with how this new refugee centre has been foisted on the people of Tullamore without an ounce of consultation. I do not have a problem with assisting refugees as they have been through a horrific experience and need help, but the Government should have called meetings and explained what was proposed and listened to local concerns," he said.

"My main concern is that there seems to be plenty of resources for these centres but there is nothing for the hundreds of local people who are looking for a place to stay and a home," he added.

"Every day of the week I get calls from people seeking help with housing and they are in a desperate state. I have raised this at every Council meeting and only last Tuesday we had a long debate about the urgency of the housing problem. I have a very serious issue with the approach of the council management and the Government with regards to providing public housing with a mere handful of houses for local people," continued Cllr O' Brien.

"People locally who are homeless are being told to go to centres in Athlone and Longford. I asked last year that the Council purchase the Marian Hostel and use it to provide badly needed accommodation for local people but they refused. Questions were asked about Government plans for a refugee centre but no answers were given, yet these plans were being nurtured in the background.

"I got a call from Minister Flanagan's office today to state that the contract had been signed for this centre in Tullamore. I have to suspect that this announcement was delayed until after the recent election," concluded Cllr O' Brien.

A meeting with Department officials and councillors from the Municipal District of Tullamore will take place in Council buildings this Thursday, February 20.

Officials from this Department, along with the Department of Education and Skills and the HSE will attend to answer questions.

Representatives from the company who own and will be running the centre, Bridgestock Care Ltd, will also be in attendance.