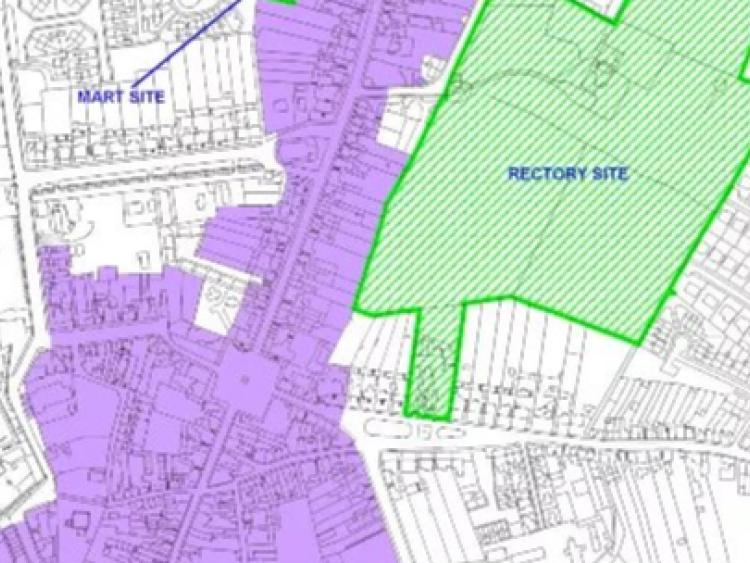 At a recent meeting of the Birr Municipal District, councillors discussed the future use of the area of land known as the Rectory Land in Birr. The large area of Council-owned land between Burke’s Hill and Sandymount in Birr has long been planned for development.

Offaly County Council has been approached by the HSE to allow the development of part of the site for a Primary Care Centre for Birr.

Clare Claffey, Councillor for the Birr Area stated: “I am in favour of this proposal as it will bring the development of a much-needed health care facility for the people of Birr closer. I also think centres like this should be developed on public land, and I disagree with the current HSE model of using private developers to develop what should be public facilities.”

Claffey continued that she is in favour of mixed housing development on the same site, and would also like to see recreational and sporting facilities developed, and space given for biodiversity too.

The next step in the development will be the creation of full masterplan for the area by planners in Offaly County Council. The six councillors of the Birr Area are supportive of the HSE proposal and Cllr Claffey said that she was delighted that the councillors were now working together to get a positive result for the people of Birr.

Cllr John Clendennen did stress that his support is not unequivocal, and he made the point at the meeting that it would have to be supported by the local GPs, as a primary stakeholder, for the project to progress.

"The least we should do is respect the views of those that would manage and operate the facility," he added.

Separately this week, Cllr Claffey has once again raised the issue of Midoc again. As Offaly County Council will be providing the land for the development, she stated that she felt they were in a strong position to set requirements about the make-up of the centre.

The Midoc Out of Hours doctor service was removed from Birr in 2018 and the HSE has said it will not be reinstated. Cllr Claffey stated this week that this was a political decision and may well change in the future, so it was essential that suitable space for out of hours doctors service is provided within the new development.

She stated that Offaly County Council should also request that the new centre contains a diagnostic hub, including radiology, as has been the case in recent developments that are far removed from hospital facilities, such as Athlone.

"The population that will be served by this facility would be far bigger than just Birr, potentially covering the whole south and West Offaly area. Apart from reducing pressure on an already overcrowded radiology department at Tullamore Hospital, development of both an out of hours doctor service and a diagnostic facility closer to home would greatly reduce car journeys – an important consideration as we face into an uncertain future with climate change and fuel availability.

Claffey finished: “I will continue to push for this as part of the overall development and have written to both the Chief Executive of Offaly County Council and the HSE expressing this view. This is a huge issue for the people of South and West Offaly and one I don’t intend to let go.”