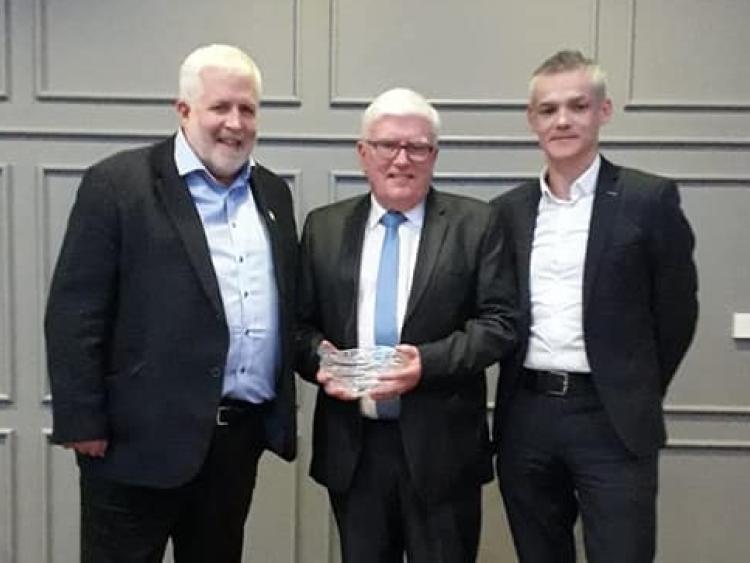 An Offaly man who has been a cornerstone of athletics in the county for over 40 years has been honoured with the Leinster Athletics Outstanding Service Award.

An accomplished runner before taking up a role as an administrator, Liam Hennessy first became part of the committee of Tullamore Harriers in 1979 and served as secretary for 20 years

"Liam was encouraged by Paddy to come along and join Tullamore Harriers as Liam’s hurling career had been brought to an abrupt finish through injury. Liam immersed himself in the club and within a relatively short period of time, Liam had become an accomplished road runner competing at local and national level, including five marathons.

"Ever present at the finish line, recording and time keeping. In 1987 Liam along with the late Noel Gowran of Tullamore Harriers established the Offaly National Schools Cross Country championships. This event which still takes place every year has been extremely popular with the school children and has been hugely successful as a mechanism to help identify and recruit young athletes into their local clubs.

"Liam is held in the highest regard by all who have interacted with him over his 40+ years of devoted service to Offaly Athletics, a devotion that continues to this day. Offaly Athletics is delighted to be given this opportunity to acknowledge and thank Liam for this service to our sport and to wish him many more years of involvement in athletics."