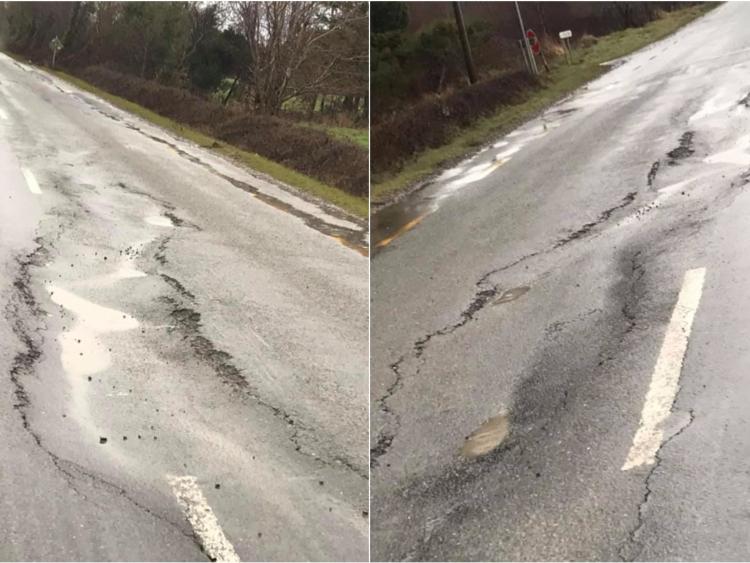 Was there an earthquake? Offaly road left in shocking state

Motorists in North Offaly have been venting after the shocking state of the R400 from Rhode to Rochfortbridge. The road which cuts across the bog on the Offaly/Westmeath border is uneven and is completely fractured in parts. Locals say the issues have persisted unattended for years.

One motorist said: "It’s absolutely disgraceful the condition this road is in, all along the road, it’s the worst road in Ireland. Does the council really have to wait until there is a serious accident or worse to fix this road? People pay road tax; it’s a joke the conditions we have to drive on."

Another added: "I drive through this road every single day to go to college. The road condition is disgusting. I got a puncture a couple of months ago driving there and had to buy two brand new tyres for €250 each. What's the point of paying road tax?"

Locals are calling on Offaly County Council to repair the road to an acceptable state.

Another driver took the time to contact Offaly County Council's road section late last year about the same stretch of road and damage it had caused to a tyre on their vehicle. The individual described it as "a death trap" in correspondence with the roads section.

A representative of OCC responded by saying: "I am to advise that Offaly County Council is not liable for damage caused by potholes as these are indicative of wear and tear on the public road network."

Speaking following an Edenderry Municipal District meeting this week, Cllr Noel Cribbin insisted that "major road works" had been announced for the Rhode to Rochfortbridge road. He said that an increase to roads funding in 2020 was welcome, admitting that "some roads in the area in a shocking state."

He has also requested works at Croghan Hill and says "all improvements works are to be completed prior to St Patrick's Day."