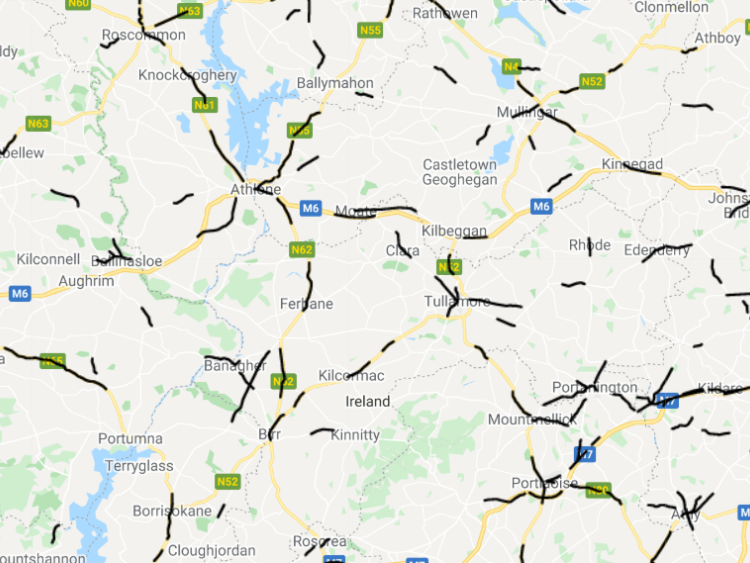 In a bid to reduce road deaths, gardaí have released a list of new speed van locations throughout the country, including 16 here in Offaly.

More than 1.5m speeding tickets have been issued since the introduction of safety cameras. "Since 2010, An Garda Síochána has contributed to making our roads safer through the use of safety cameras, using a service provider ‘GoSafe’ to operate them on its behalf. The primary purpose of safety cameras is to reduce speed-related collisions, lessen injuries and save lives," they said.

Safety cameras operate in areas where there is a history of speed-related collisions, known as speed enforcement zones, using a fleet of marked vehicles.

In Offaly, some of the new routes covered by cameras are a number of locations on the R420, the N52, R438, R421 and R423. At least four fatal collisions have occurred on the new routes being brought into the speed camera network in Offaly. The new zones added in Offaly bring the total number covered in the county to 24.

"An Garda Síochána appeals to all road users, in particular motorists, to familiarise themselves with these sections of the road network. We also appeal to motorists to always drive at an appropriate speed, to reduce the likelihood of being involved in a fatal or serious collision," a statement read.

You can see an interactive map with the exact location of all cameras HERE.