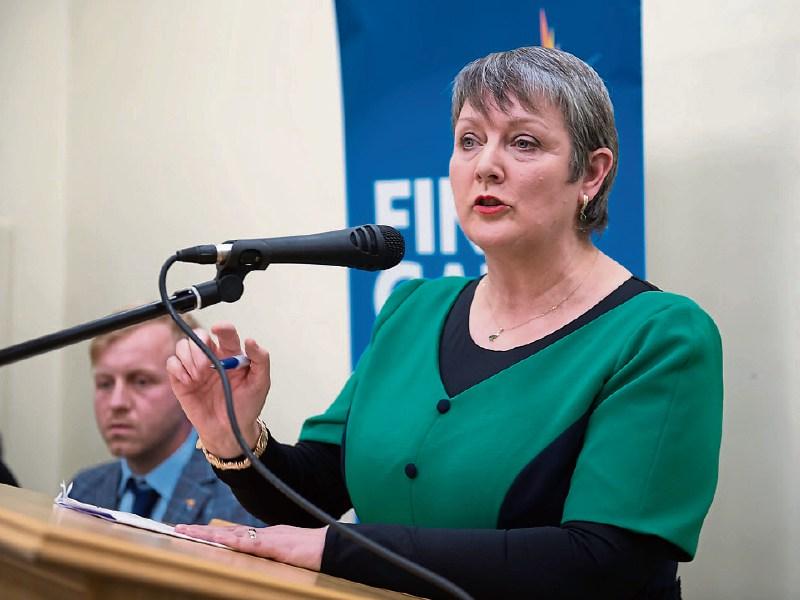 Marcella Corcoran Kennedy has been eliminated after the ninth count in the Laois-Offaly constituency. She becomes the first sitting TD to lose her seat in the newly reformed constituency.

Her fate was clear early on after she picked up just 4,519 first preference votes, leaving her well behind the more transfer-friendly Carol Nolan who looks set to retain her seat.

Marcella told the Offaly Express on Sunday that she had sensed "a shift" in voter sentiment on the doorstep during her campaign. While she remained hopeful after the first count, her chances were obliterated once Carol Nolan received over 700 transfers from Brian Stanley's surplus.

Marcella Corcoran Kennedy was first elected in 2011 and comfortably retained her seat in 2016. Her reputation took a hit when Leo Varadkar demoted her from her junior minister role in the Department of Health after he assumed the leadership of Fine Gael and the role of Taoiseach in 2017. Marcella had supported Simon Coveney in that leadership duel.

Her loss means this is the first time since 1992 Fine Gael have not won a seat in Offaly. The seat was long-held from the era of Tom and Olwyn Enright. Charlie Flanagan will hold onto his seat in Laois but may be relegated to the fifth spot by Carol Nolan.

Marcella was eliminated after collecting just 38 votes from the surplus of Barry Cowen after his election on the eighth count. John Leahy overtook her on that count by 15 votes and held her at bay with 80 votes from Barry's surplus.