She looks likely to take a seat in Laois-Offaly 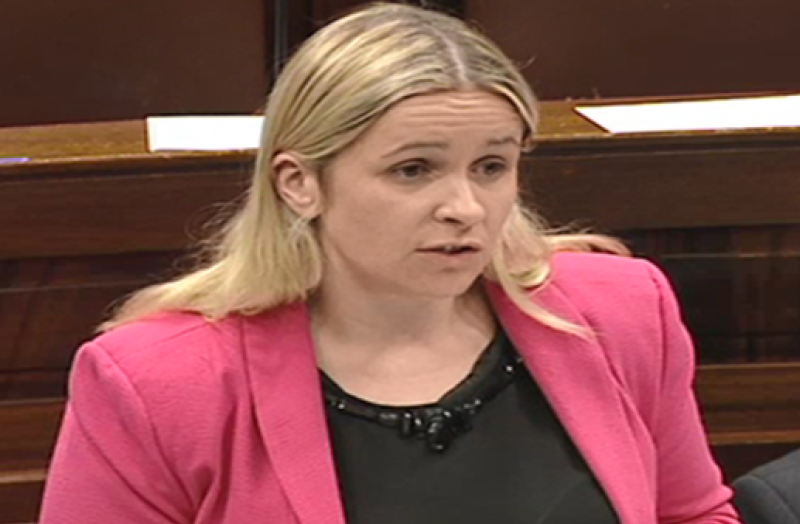 Carol Nolan is in buoyant mood at the Laois-Offaly count centre in Portlaoise where she looks on course to win a seat for the second successive election.

First elected for Sinn Féin in 2016, the former school principal was somewhat of an outsider coming into Election 2020 but polled strongly throughout the constituency, including in Laois. She received 5,436 first preference votes and now stands on 6,806 after the fifth count.

Speaking at the count centre, Carol said she felt far more relaxed about the outcome after Brian Stanley's surplus gave her more than 700 extra votes to extend her advantage over Peter Ormond and Marcella Corcoran Kennedy.

"The campaign was very strong. I would say I put in a far better campaign this time around than my two previous campaigns." She received a positive response on the doors and brushed off the pre-election commentary that put her out of contention to retain her seat.

Referring to a similar situation in 2016, she said: "I felt all along and had belief in myself all along but there was some political correspondents intent on writing me off and I felt it was very unfair. This was the third time I've been written off; even for the local elections first of all, I was written off, 2016 too and now this time. I just think they hadn't their homework done on the ground."

"I don't feel I defied any odds, I defied their assumptions, maybe, but I believe some of them brought their own political bias into it. The negativity was shocking unfair. I feel the work was there and that I had a better machine than I would have had if I was with Sinn Féin," she added.

She said she believed the deciding factors in her sizeable vote this time around was a mixture of her workrate and her stance on pro-life which ultimately led to her leaving the Sinn Féin party during the term of the last Dáil.

"I would work very hard and I am lucky because I have a great team around me and in my offices, and they do Trojan work. I feel I am very accessible to people, I work hard as a TD and do constituency clinics around the county and have always done that, so I think it was a combination," she commented.

Referring to her exit from Sinn Féin she agreed that they may be kicking themselves now not having her in their ranks after their surprising election surge this time around. "I'd say they thought I didn't have a ghost's chance," she revealed.

She says she built a team of around 30 supporters without the party machine after leaving over her pro-life stance in 2018. She had 24 canvassers pounding the pavements in Laois-Offaly during this campaign, something she places huge importance on.

Speaking about her role in any new government, she stressed that she is affiliated with the rural independent grouping in the Dáil and says, "we will be collectively discussing the next move but I would be very loyal to that grouping as I have worked very well with them since I left Sinn Féin."

She said they could form a new rural alliance of "a technical group" to gain speaking time without having a party of its own. One of those TDs is Michael Collins who got a quota and a half in Cork." Other members include Tipperary's Mattie McGrath.