AT A GLANCE: Who is likely to get elected in Laois-Offaly? 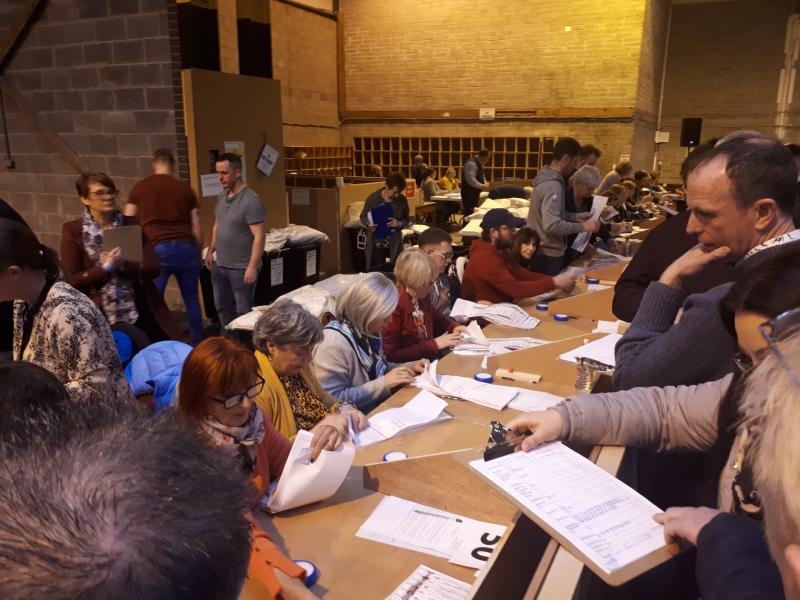 AT A GLANCE: Who is likely to get elected in Laois-Offaly?

With the result of the tenth count imminent, the picture in Laois-Offaly is becoming much clearer. Barry Cowen was elected on the eighth count to join Brian Stanley, elected on the first count, back in the Dáil.

GET ROLLING UPDATES HERE ON OUR LIVE BLOG

A battle is ensuing in behind those but it is more about the final finishing order than the personnel. Sean Fleming, Charlie Flanagan and Carol Nolan will be elected. It was expected Sean Fleming would take the second or third seat and while he may still hold that third seat, Carol Nolan won't be far behind.

It looks increasingly likely that Carol Nolan will hold off the attentions of Charlie Flanagan to take the fourth rather than the fifth seat in Laois-Offaly.

Nolan is transferring extraordinarily and is currently just shy of 500 votes clear of the outgoing Justice Minister.

With big Offaly eliminations coming up, she'll remain in front and could actually gain significant ground on the current third-placed candidate Sean Fleming before the conclusion of proceedings.

The next elimination is crucial and it looks like it will be John Leahy. His transfers could give Carol Nolan enough votes to reach a quota. They may also elect Sean Fleming.

Pippa Hackett is likely to gain ground on Charlie Flanagan with the transfers of Marcella and Leahy, but they won't be enough for the upset with the outgoing Justice Minister well clear.