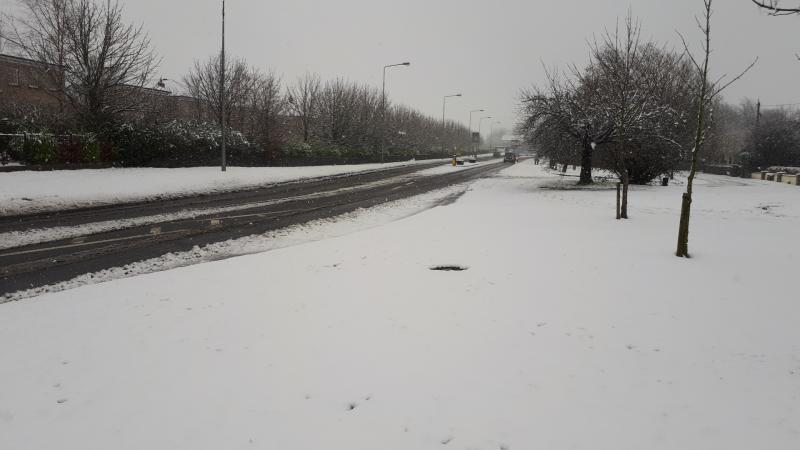 A forecaster has warned of the risk of significant accumulations of snow in places early next week as a bitterly cold west to northwest flow is expected to become established over the country.

In an updated forecast today, Cathal Nolan from Ireland's Weather Channel is warning people of wintry conditions between Monday and Wednesday.

The post states, "while our attention is currently focused on Storm Ciara its also worth keeping an eye on conditions between Monday and Wednesday as during this period there is the risk of some falls of snow in places, with significant accumulations of snow possible over higher ground. A bitterly cold west to northwest flow with its origins from the Arctic Region of Northern Canada is expected to become established across the country during Monday afternoon and persisting until Wednesday afternoon or evening.

"During this period very heavy and at times thundery showers will stream eastwards across the country from the west and northwest, falling as snow in many inland areas of the country, and of course over higher ground. Blizzard conditions may develop across mountainous areas of the west, northwest and southwest with heavy falls of snow in excess of 10-15cm possible over the highest mountains. Climbing conditions are expected to become dangerous also.

"Those of you with livestock in mountainous areas should consider temporarily relocating all animals that may be at risk due to the heavy snow and low temperatures. Accumulations of snow are likely in areas, especially those a little inland from the coasts, and especially so across areas above 100-150 metres of Connacht, inland West Munster, Northwest Ulster and parts of the Midlands. Further east there will be less in the way of showers, with some sunny spells in parts of East Leinster, though still feeling bitterly cold in a fresh and gusty west to northwest wind."

For more from Ireland's Weather Channel, click the link below.