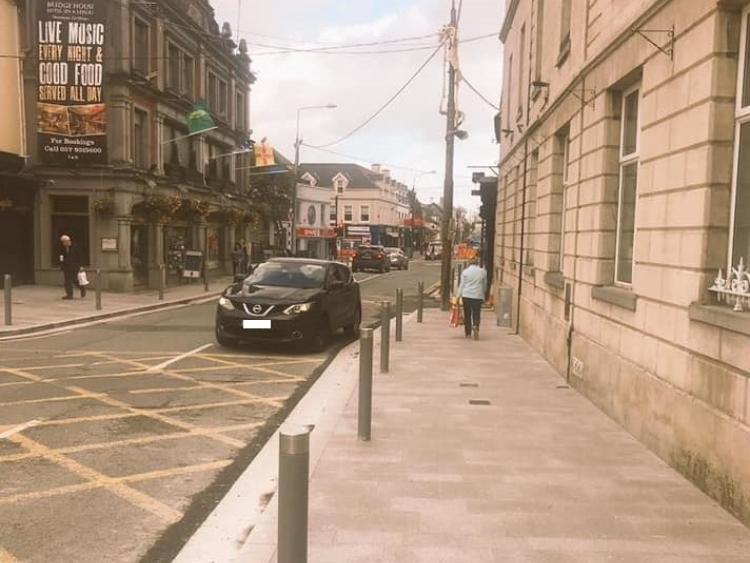 Traders in Tullamore say they are rapidly losing patience with the prolonged and ongoing street enhancement works taking place in the centre of the town.

When is the end date? Is the project over budget? Is there a disagreement between the council and the contractor? These are just some of the questions being asked for which they say there appears to be no answer.

"The whole town is a shambles. The project was supposed to be finished last October. There are road closures everywhere," fumed Ciaran Stewart the owner of Supermacs in Tullamore.

The Chamber of Commerce held a meeting last Monday evening with candidates in the general election.

"I wasted two hours of my life when I could have been at home with my wife and family. There were zero answers. I find it awful hard that the people who are elected by locals to hold the council to account do not know when it's going to finish, how much money is being spent or is it under or over budget," Ciaran continued.

"Businesses are crippled, one lad is telling one story, the other is telling something else. How much more do businesses have to take. No one seems to have a timeline. The rates have gone up for businesses this year, where is all that money going?" he asked.

"We have been crucified since the road works began."

Contractor David Walsh Civil Engineering was contacted for a completion date. However, a spokesperson was unable to provide one.

The council says the core works on O'Connor Square, the pedestrian bridge at main street and the works on William Street are expected to be "substantially complete" by the end of this month.

To read the rest of this article, pick up this week's Tullamore Tribune in stores now.