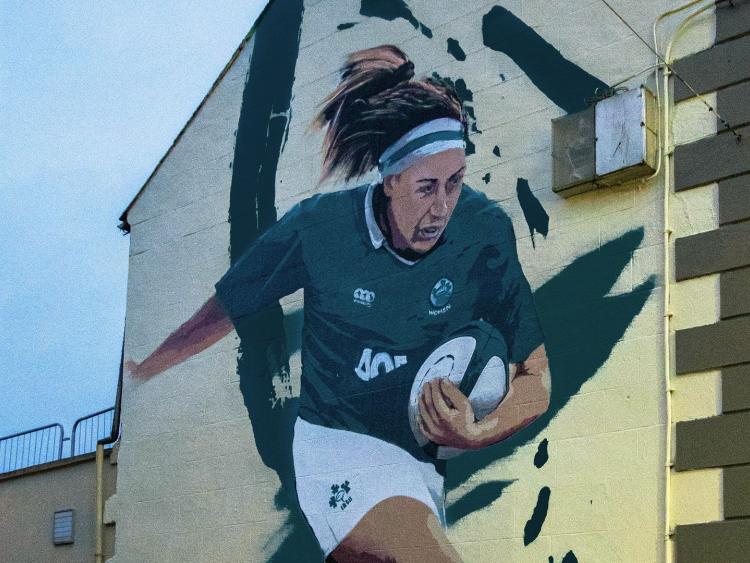 A magnificent mural of Irish rugby star Nichola Fryday has been unveiled in her hometown of Kilcormac.

The project is the brainchild of Irish Rugby sponsors Aer Lingus who have decided to split their sponsorship equally between the men's and women's teams.

Four murals have been unveiled. As well as Nichola's action shot on the side of Gracelands Lounge in Kilcormac, Anna Caplice appears in Mallow, Aoife McDermott in Riverstown, Sligo and Larissa Muldoon and Laura Feeley in Ballybofey, Co Donegal.

Watch a stunning timelapse video of the creations coming together below:

“For 2020 we are recognising the role of the communities who have nurtured and developed these amazing athletes by commissioning these larger than life wall murals.”

“It’s only fitting and right that Aer Lingus is supporting equally in the promotion of both teams throughout the tournament and I hope that the people of Ireland get behind the team and back the team as they represent us at the pinnacle of their sport both at home and abroad.”

“The women’s team are fast becoming household names and I am delighted that Aer Lingus has shown their support for the team in such a creative, bold and unexpected way,” added Padraig Power, Director of Commercial and Marketing with the IRFU.

“It is initiatives like this that are helping to drive the profile of women’s rugby in Ireland and, most importantly, providing the next generation of rugby players and fans with female role models to look up to and follow in their footsteps.”