FF among other parties who seem to just 'bark' says candidate 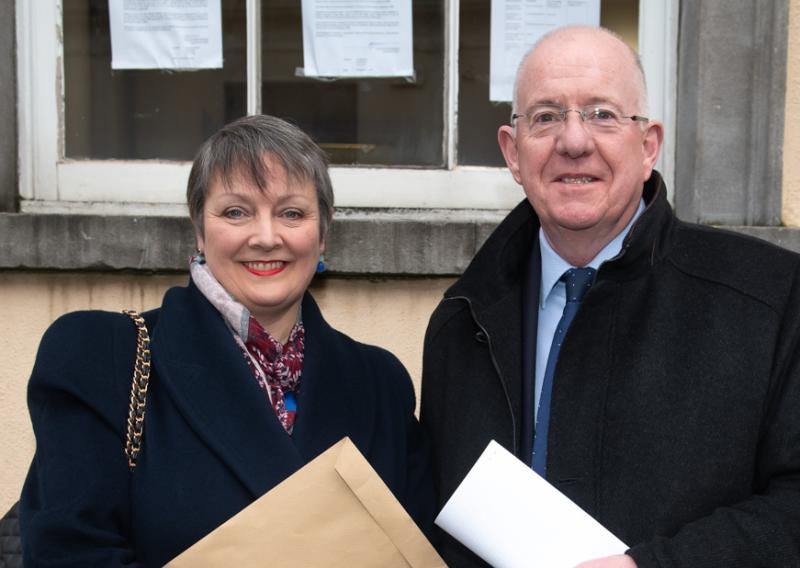 A Laois Offaly Fine Gael candidate has launched a stinging attack on Fianna Fáil and what they would do for communities hit by the winding up of peat production in the midlands.

Fine Gael is the only party with a plan that will protect workers in the midlands, according to Laois Offaly candidate and outgoing TD Marcella Corcoran Kennedy.

She also took a swipe at other parties but especially Fianna Fáil who are challenging to take her seat in the reunited five-seat constituency.

“Other parties seem to be all bark when it comes to Bord na Móna. No other party has published any plan for Bord na Mona. We need to re-purpose the PSO this year to ensure 200 jobs are protected and that we invest €80m in bog rehabilitation in the next four years. Do other parties support this?

“Where is Fianna Fáil’s just transition plan? What money would they invest and where? The Fianna Fáil manifesto doesn’t even mention the Midlands or Bord na Móna. There is no detail and no commitment. They cannot be trusted to help workers.

“How can anyone trust Fianna Fáil to deliver, given their past record and their complete lack of plan? For Fine Gael, just transition means jobs for the workers affected. We have the plan. We are the only ones who can be trusted to deliver,” she said in a press release.

In a statement she set out the following points to highlight how her party plans to help those hit by Bord na Móna's departure from peat production.

· The ring-fencing of 1/3 of the carbon tax for the Midlands in 2020 to support home retrofitting (400 jobs direct and indirect), bog re-wetting by the National Parking and Wildlife Service (up to 100 jobs), and a €11m Just Transition Fund

· We will invest €80m to restore Bord na Móna bogs (through a PSO levy) over the next 4 years, supporting 200 jobs.

· We have appointed Kieran Mulvey as the country's first just transition commissioner. He is engaging with all stakeholders in the region and will report back to the government

Her statement added that she would work with Fine Gael’s five MEPs to ensure that the midlands is prioritised from the upcoming EU Just transition package.

"The Midlands must benefit," she said.

She said that Minister Richard Bruton engaged with the EU Commission in 2019 and ensured that the Midlands was included in the Coal Platform in Transition.