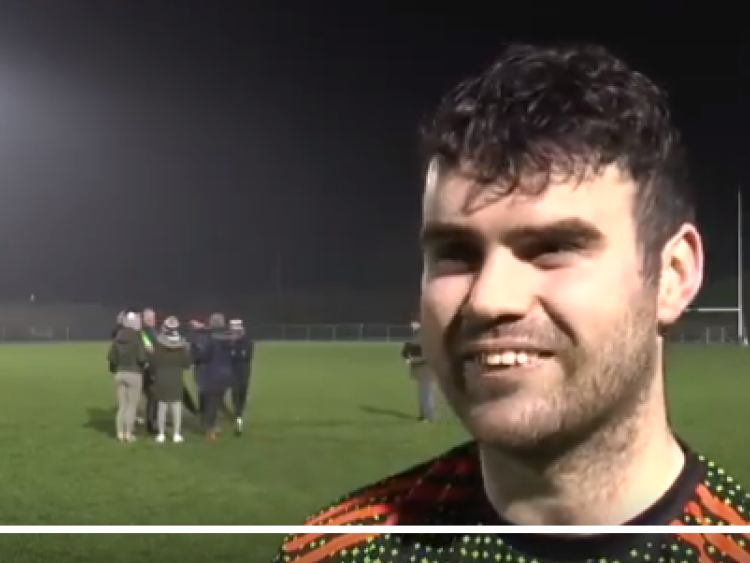 Gracefield man Jack Walsh is in buoyant mood as he and his IT Carlow prepare for their first Sigerson Cup final against the mighty Dublin City University on Wednesday.

IT Carlow will have to overcome all the odds, including the fact that the game takes place on home soil for the Dublin outfit at the Dublin City University Sportsgrounds.

Jack Walsh captains the team and is joined by fellow Offaly man, Edenderry's Cian Farrell, in the full-forward line for the college. The team has a large Midlands element with five of the starting fifteen from the semi-final win over Letterkenny IT hailing from Laois or Offaly.

Speaking ahead of the final, Jack said: "The togetherness in the Carlow team is unbelievable and we know if we always fight, we're always going to have a chance. Everyone probably overlooked us all year but sure we're there now, we might as well go and win it."

He described the bond between the players as "incredible" and that they would go into the final with "no fear."

'Look sure we’re there now, we might as well go on and win it anyway!' - IT Carlow captain & Offaly man Jack Walsh will have no fear of taking on DCU in tomorrow's @ElectricIreland Sigerson Cup Final.. @itcarlow @oisinlangan @Offaly_GAA @ITCarlowGAA @ITCarlowGAA pic.twitter.com/7syL1pkgNq

"What is there to lose? We'll probably be overlooked again but we'll give it our all again and hopefully we come out on the right side of it in the end," he added.

DCU will be raging hot favourites having effortlessly discarded their cross-city rivals in UCD in the semi-final. They restricted their opponents to just 0-3 as they helped themselves to a tally of 1-15 last week.

The game throws in at 7.30pm on Wednesday evening.