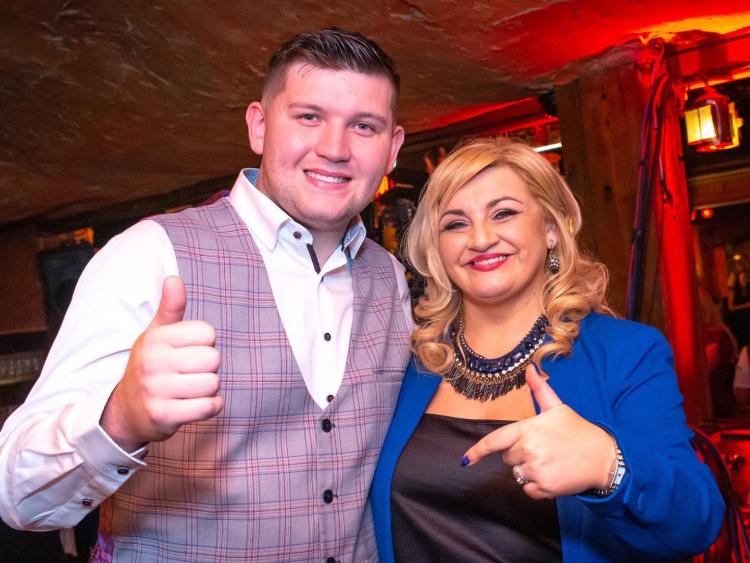 The Clara native is one of six contestants from all over Ireland selected to battle for the crown on a show that has played a major role in bringing artists like Olivia Douglas, Sabrina Fallon, and Lisa McHugh to national attention.

Looking forward to his performance with Trudi, Alex was in a confident mood about his Glor Tire experience so far, and excited that a dream had come true by performing his duet with Trudi.

"I've said it so many times to so many people over the last few years, that I'd really love to perform on Glor Tire. It's been one of my dreams, one of my goals as far as my music career is concerned. To actually be here now, and to be in the middle of it, it's every bit as exciting as it is terrifying.

"I'm only joking about it being terrifying, to be honest. It's too exciting to let yourself get scared or too worried about. Of course, you want to do as well as you can, we all do. But the most important thing is to enjoy every minute of this experience. Because that's why I sing, because I love it, and to enjoy it."

And his duet with Trudi was something Alex definitely enjoyed.

"And I was doing all of that. But there was also a little moment where I was actually thinking to myself, 'Oh my God, I'm actually singing with Trudi! This is unreal!' And that's what it was like! Unreal. The fact that we were singing an original song, 'Close To You', by a songwriter of Max. T. Barnes' quality, co-written with Trudi's manager Billy Morrissey of course, that really made it all the more special."

Alex and Trudi perform on Glor Tire on TG4 at 9.30pm tonight, Tuesday, January 28. To vote for Alex on the show, download the Glor Tire app, and follow the instructions. You can vote for Alex from now right up until the first live show on March 5 when the first contestant will be eliminated. If you don't want that to be Alex, then vote, vote, vote.