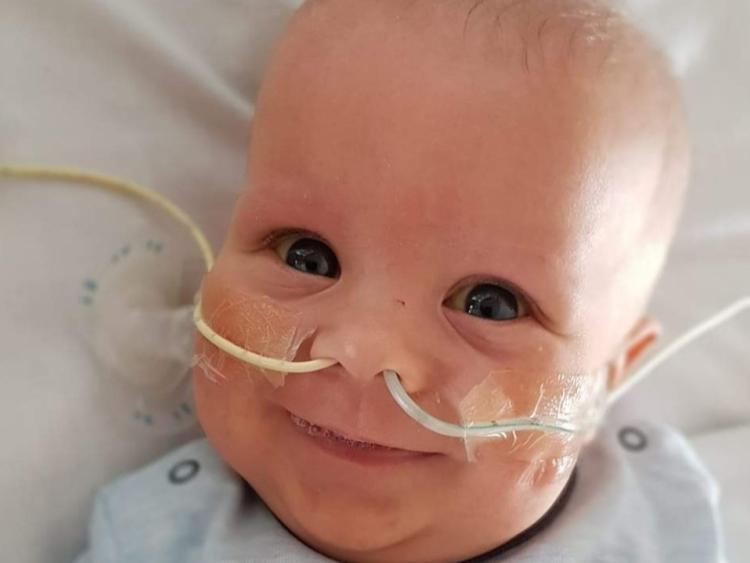 Ballyfore GAA in North Offaly is planning to host a coffee morning next month in aid of local boy, Daire McDonnell.

Calling on all my followers to give this Fundraiser a retweet. Dáire is a very special little boy who always has a constant smile. @BallyforeGAA hosting a Coffee Morning on 15th Feb in Ballyfore #everycupcounts pic.twitter.com/c7yIY4nY5I

A GoFundMe page was established late last year for the young Offaly boy who has not been home from hospital since his birth back on June 27, 2019.

Daire was born to Derval and Vinny McDonnell but due to ill health, has undergone five operations and has never made it home.

Three of the operations were major surgery due to the fact that little Daire was born with multiple atresia of the bowel. He is dependent on total parenteral nutrition (TPN), a form of feeding that bypasses the gastrointestinal tract.

A side effect from the TPN is that it affects your liver which has led to Daire being diagnosed with liver disease. His condition, combined with other illnesses, is life-threatening.

A hospital in Birmingham specialises in his condition and it's understood he will be transferred there this year after the fundraising drive.

This could involve his family relocating to Birmingham while he is receiving medical treatment.

It's will also be used to adapt their home and a bedroom for Daire when he comes home to his family.

"Any donations, no matter how big or small, will be greatly appreciated by the family. Please keep Daire in your thoughts. We hope he gets the treatment he needs in Birmingham and gets home with his family soon," the fundraiser organisers say.

You can donate to that GoFundMe HERE. Almost €18,000  has already been raised through this fundraiser.