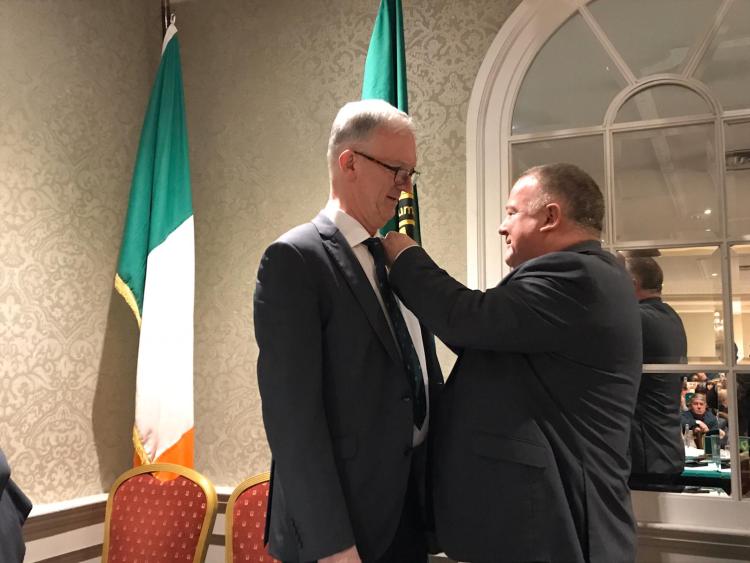 He was elected unopposed the Provincial Council’s convention in the County Arms Hotel, Birr, having served three years as Leinster Vice-Chairman at the weekend.

A highly-respected GAA administrator, Pat filled numerous roles with the Offaly County Board, including PRO, Vice-Chairman, Chairman, and Leinster and Central Council delegate.

He has also been appointed to numerous committees at provincial and national level, and currently sits on the GAA’s Rules Advisory Committee.

Speaking at Convention following his election, Mr Teehan said: “It is a great honour for me to accept the office and position of Cathaoirleach of Comhairle Laighean. I will now become the 35th Cathaoirleach, following in the footsteps of two of Offaly’s finest sons, Seán Robbins who held the post from 1936 to ‘38 and John Dowling who was the incumbent from 1981 to ‘83.

He said the experiences in the various roles he's held over the years "were hugely instrumental in me being elected firstly as Leinster PRO, then Vice-Chairperson and now – culminating in today’s great honour – my election as Cathaoirleach of Comhairle Laighean.”